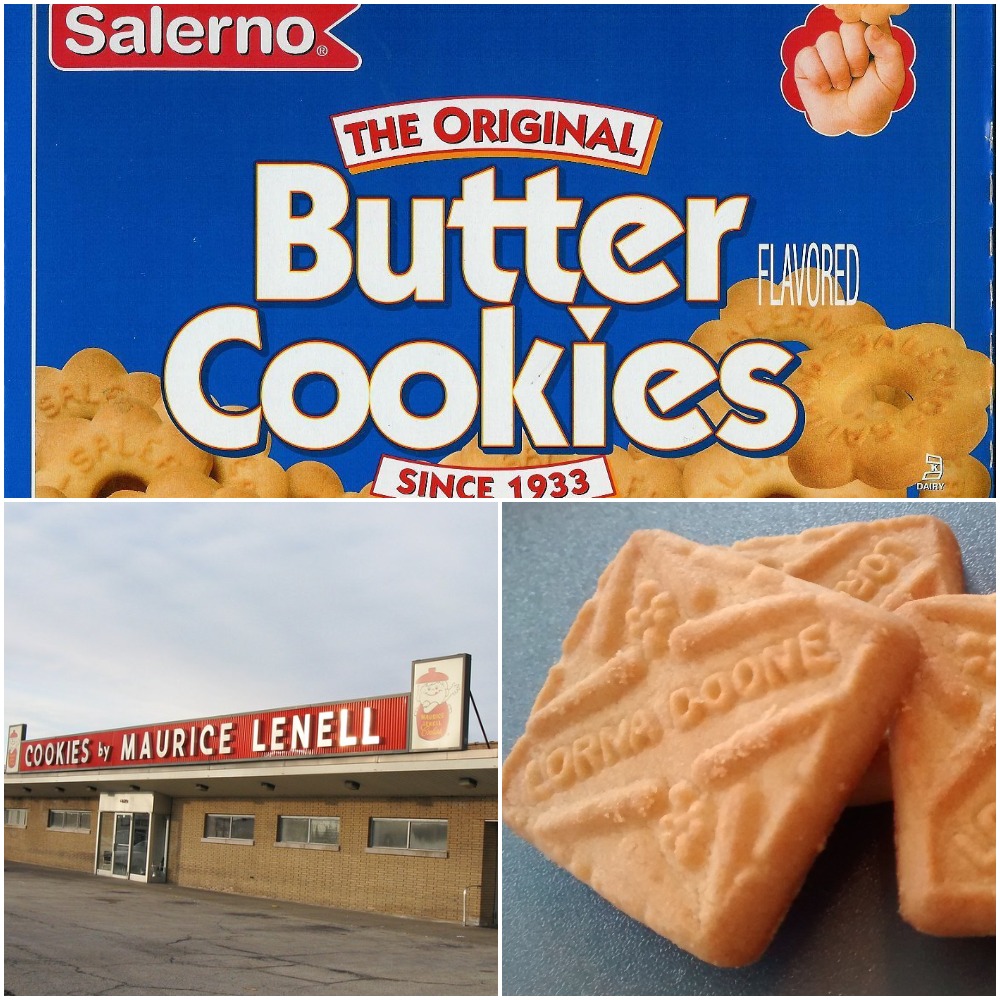 Every time I think of the butter cookie in the blue box, I hear the Salerno Butter Cookie song in my head constantly. It was famous in the 1960’s and continued on through the years though butter cookies were not my favorite. Though I did like putting them on my fingers like a ring.I have always been a chocolate fan especially a rich, chocolate chip cookie. But Salerno has been a favorite since 1933. The original factory was located at 4500 West Division in Chicago and Alyce Salerno was the last of the original Salerno cookie owner who died in 1985. Her father originally began the company. Since, the company and recipe has been repeatedly  sold  you can still get the cookies online and in many grocery stores.

Maurice Lenell: My Mom always served the pinwheel swirl cookie and jelly star cookies with coffee and for guests. Not sure why they were the rage since, again, it was always a chocolate chip cookie…even today. Maurice Lenell grew up working at a small Swedish bakery on the northwest side of Chicago. In 1937, when he struck out on his own, Maurice used his hands-on baking knowledge and many of the family recipes to produce his own cookie jar favorites. Maurice Lenell signature cookies soon became a Chicago institution.  In 2008. Maurice Lenell cookies finally closed its doors. The Cookie Store and ore opened in 2010 to serve as the unofficial outlet for the brand but it has been closed since 2015.