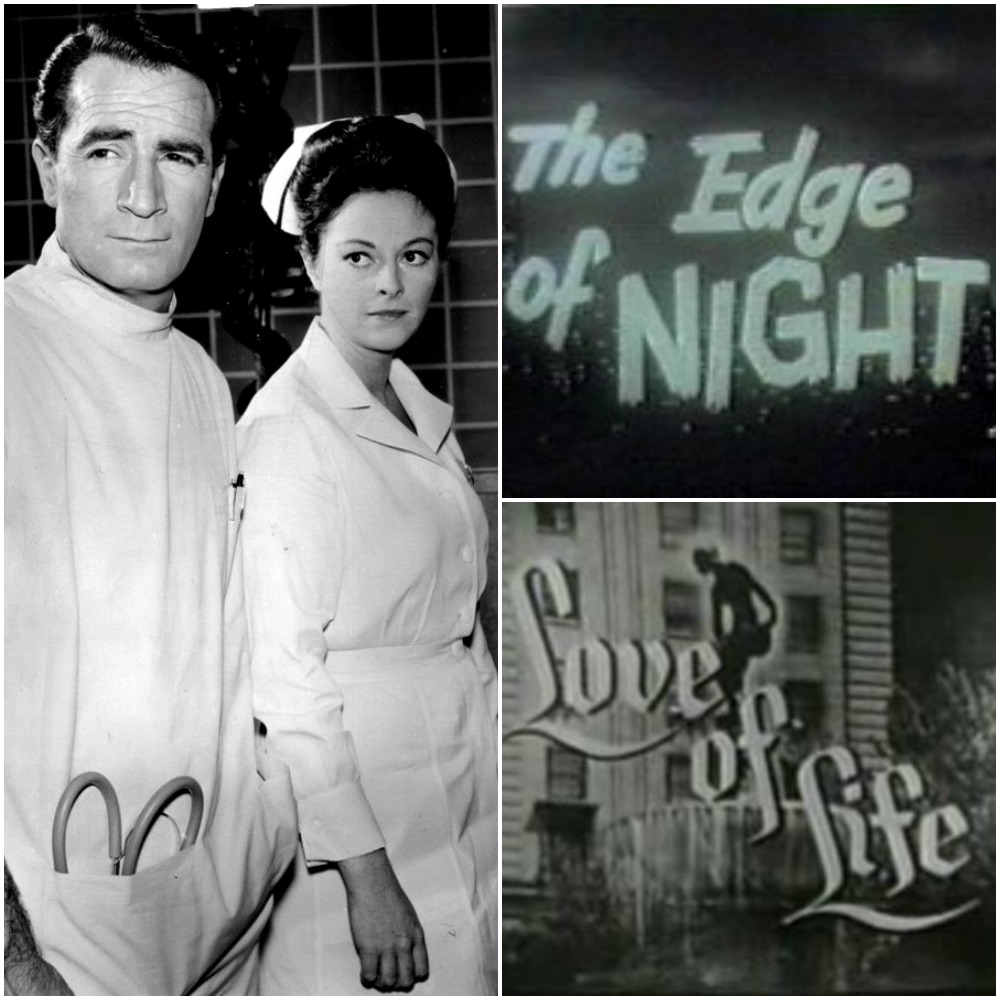 “What are you watching?” I asked. It was lunch time in the small cafeteria for a company I had visited and I chose a seat near the TV.

“The Young and the Restless”, she said in a whisper as if anyone around would think her crazy for a 40+ year old woman watching soap operas.

Even though the Young and the Restless had not been one of my own personal standbys, one character graced the screen from One Life to Live; remembering him with less gray hair when I had watched him years before. He looked like me without the hair dye. I guess one serial comes to an end and the actors trade places on another just like the soap operas of life that frivolously continue on.

Ah, yes now the memories begin. We grow together regardless of the channel or year.

As I ate and watched, the quiet of home long ago and Mom when I was a child became my first thought. I clearly remembered the time I was home from school, ordered to bed sick but Mom would stroll in with the portable TV and we would watch As the World Turns, Guiding Light, Secret Storm  and The Edge of Night to name just a few.

During those early years of the 1960’s, Mom was a stay at home and sometimes would switch commitments that included soap opera, Search for Tomorrow but most of the time she never varied from her serial, Love of Life which opened in 1951. It was a time to bond, get to know my Mom by the comments and reactions to messy relationships, illness, drinking, and even murder of Another World……that too.

And the clips in my mind are filled with Tide, Ivory Soap, Camay commercials and a dish washing liquid that you could soak your fingers in for beautiful hands. If Madge said so, Palmolive it was for all to wash dishes, before dishwashers, and soften their hands.

And as far as my soap opera guests, they always looked untouched through the greatest drama, their homes fashionable, their nurses uniforms crisp and spotless even in black and white.

And then one day, I became a Mom at home and I switched TV addictions, a difficult journey to re-route. But for my family beginnings, I chose All My Children, One Life to Live, and General Hospital. And I didn’t have to change networks either. And I didn’t have to change my college friends since they were talking about the same characters and we all shared phone calls of the drama abound as our little ones napped.

Here was Erika who always got her way in AMC and Brooke who I actually grew with  from a snotty teenager to a sophisticated editor, the tragic death of Megan in OLTL, who chose Dancing in the Streets as her funeral music and message to live on, Vickie and multiple Vickies and of course, the wedding of all time, Luke and Laura in General Hospital. We laughed, we predicted on Fridays what Mondays would bring, we cried when we lost our favorites. Even now, as I smile, they are still with us; the moments of sharing. Even working Moms could tape their reasons for escape.

I visited this company another time and the lunch room was empty. The TV silent as I found the remote. I sat down and tuned into the Young and the Restless; mesmerized that Robert Scorpio had showed up on this one who had entertained me in the past on General Hospital.

Another lady sat at the table and commented. “Wow, that reminds me of me and Mom; home from school and watching the soaps together.” A slight tear in her eye as she glanced again at the projection on the TV.

Thanks for the memories, Mom. Thanks to all of you who can wait to watch you favorite soaps. I never realized how melodramatic episodes that span decades can offer such peace . Once noted, daytime television was coined by Time magazine as TV’s richest market.

They had no idea!