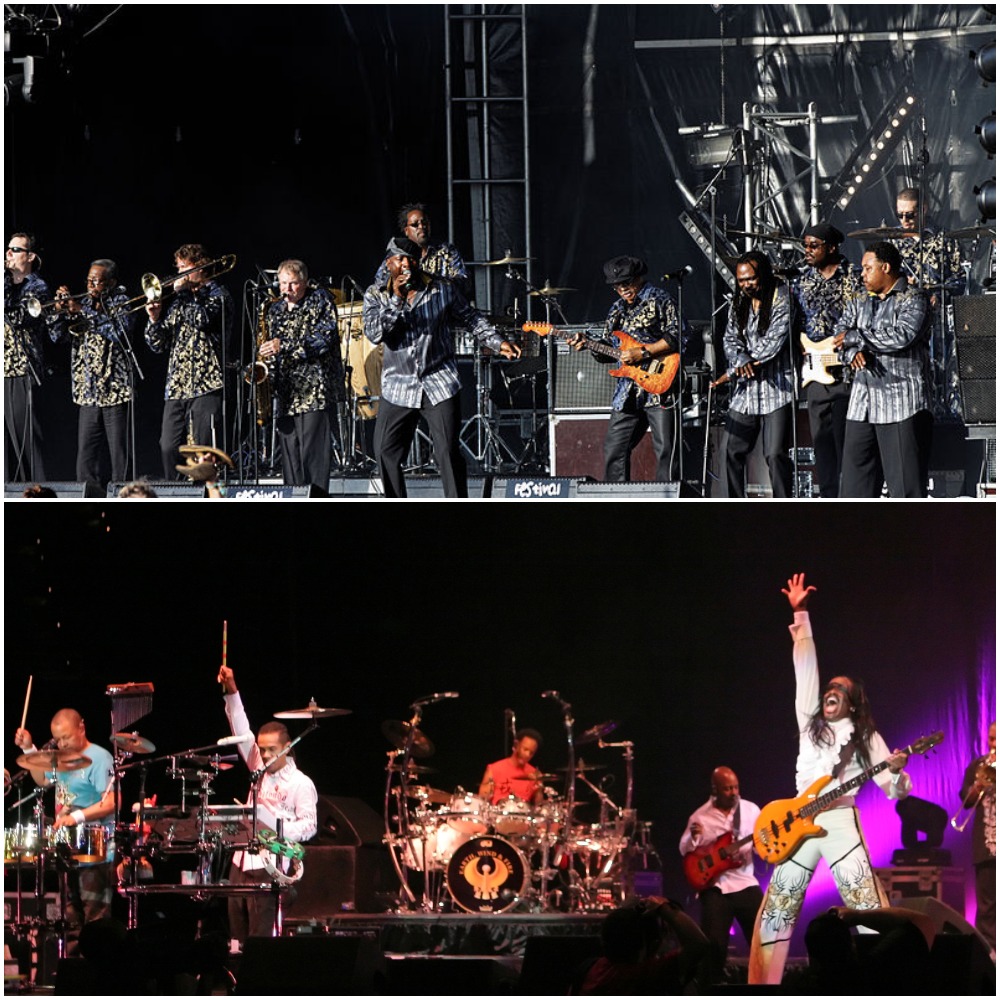 Oh, after the love has gone… How could you lead me one…And not let me stay around? Of course, just heard on the radio reminding of my own breakup sadness when this song came out in 1979; After the Love is Gone. But it was September recorded in 1978 that was always my favorite and when played in the early years of its recording, I would ask who sang that song! September reached No. 1 on the US R&B chart, No. 8 on the US Billboard Hot 100, and No. 3 on the UK Singles Chart.

Another legendary music group that combined the elements of jazz with pop and who many have said changed the sound of music, Earth Wind and Fire began in 1969 Chicago. Maurice White who was the founder actually played with the Ramsey Lewis Trio and a session drummer at Chess records, which helped his vision for the new band.  After signing with Columbia Records, the band rose in recognition with songs such as Shining Star in 1975, one of their most inspired songs.

Your a Shining Star…no matter who you are.… Shining Star for you to see what your life can be can a great dance song during club time in the 1980’s when I was a young adult but a great song to play as background music in the classroom. A song that when many students were down…they truly listened, smiled, and shined with accomplishment.Also a song for the my own young children to play and dance in their living room…singing the words directly to each other or their friends, making a new day of love and friendship.

Maurice White passed away in 2016 but still in the heart and soul of all of their music. The three original members – Phillip Bailey, Verdine White and Ralph Johnson — have been together over 40 years. Earth Wind and Fire continues to travel throughout the country with elaborate and dynamic performances.They built their legendary status with numerous albums to this day, garnering 20 Grammy Award nominations (winning six as a group) and a Hall Of Fame Induction along the way.

On Sunday, December 8, 2019 in a star-studded celebration on the Kennedy Center Opera House stage, Earth, Wind and Fire will be honored at the 42nd Annual Kennedy Center Honors. Sally Field, two time Academy Award winner and Linda Ronstadt, with worldwide album sales of more than 50 million, and Michael Tilson Thomas,Music Director of the San Francisco Symphony will also be celebrated that evening. 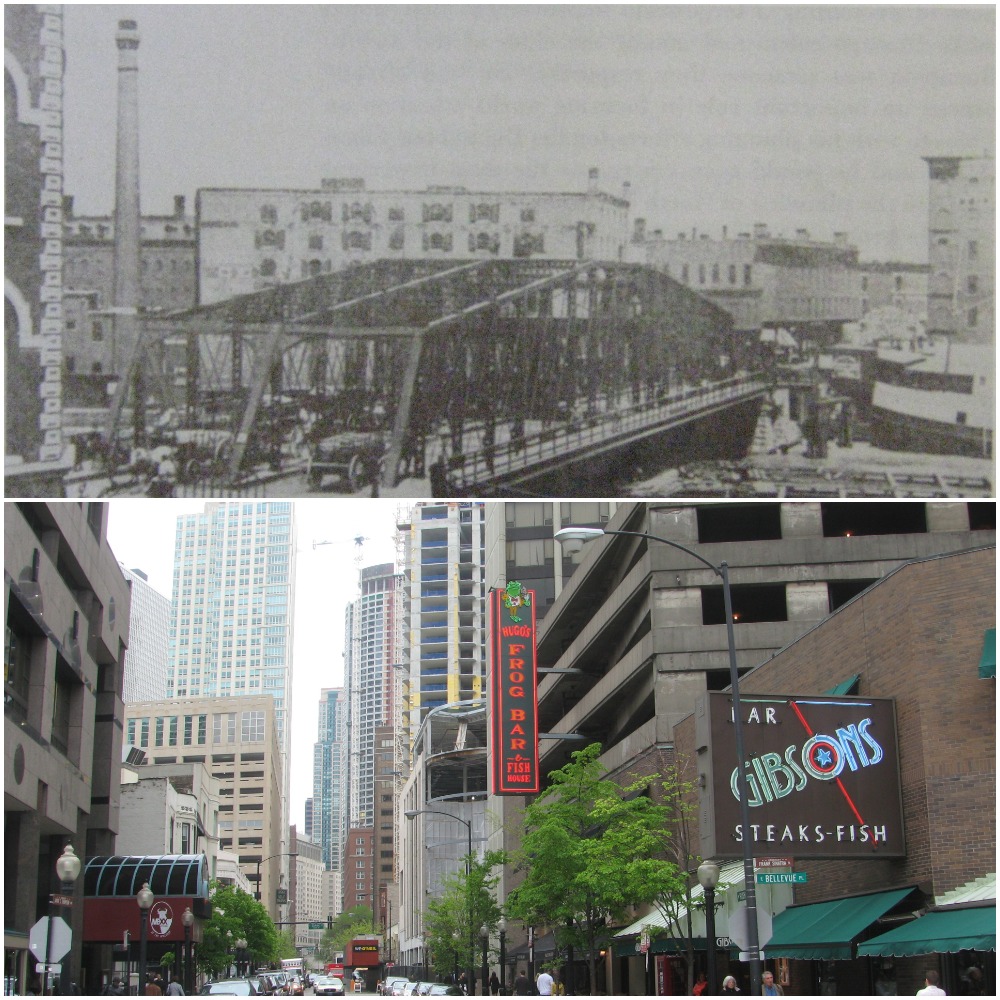 My aunt always told me that my grandmother Amelia owned part of Rush Street in the early 1900’s. She said it was located near the Rush street bridge. Though I had heard this story as a child, wasn’t sure what to ask and my Aunt died in the late 1990’s. Other family members have never confirmed the reality. That was the first time I heard about Rush Street.

It wasn’t until the 70’s and early 1980’s that I heard about Rush with an invitation to go party and drink. This was the Las Vegas of Chicago even more popular in the early years before I was able to drink.  The most popular places I visited was Faces but I probably spent more time on Division Street at the Original Mothers and Butch McGuires, the latter that opened in 1961.

The following describes some of the popular places on Rush; yesterday and today:

Whiskey Go Go is still a nightclub in California and has opened the doors for many including the Doors, Van Halen and Steppenwolf. The first opened in 1958 at the corner of Rush and Chestnut in Chicago.

The Backroom a great jazz and blues venue and probably one of the oldest jazz club that began in the 1960’s. It continued on into the 70’s and 1980’s. Musicians specializing mostly in jazz but also touching on soul, funk, R&B and blues, play on an elevated stage on the east side of the room and under a most impressive sculpture created from brass horns, to match the column-like structure that looks like a coatrack made of horns near the southeast corner of the room.

The Happy Medium  was built in 1960, located at Rush and Delaware, which was a combination theater and disco. Helen Reddy actually stared at the club. The owners, George and Oscar Marienthal, also owned Mister Kellys, also on Rush and the London House. The London house opened downtown Chicago in 1946 and created the popularity of jazz musicians including Ramsey Lewis.

Punchinellos was a theatre bar and again celebrities such as Barry Manilow and Della Reese would frequent the bar.

Mister Kellys was launched in 1956 and was truly the leading example of night club celebrity elegance, combining music with comedy, which included the beginnings of Bill Cosby, Bette Midler, Woody Allen and Barbra Steisand. Mr. Kellys was restaurant that also featured the best steak and their famous green goddess salad.

Rush up another bar where many talk of meeting Todd Rundgren and Frank Zappa.

Faces opened in the early 1970’s and you could become a member of the club for 50 dollars. I went to Faces a couple of times in the lates 70’s and not sure how I got in, but it was loud though fun for dancing compared to many clubs in Chicago. This was supposedly the best place to meet and greet.

Today,  some of the best bars and restaurants include the following:

Pippins: A great Irish pub with an excellent hotdog, serving from the Downtown Dogs next door, and an extensive beer selection. Pippins has been a part of the Rush Street scene for over 45 years and offers a very authentic Irish experience.

Hugos Frog Bar: Also located in Naperville, Hugos offers excellent mussels and oysters on the half shell including an expansive wine list sharing with the iconic Gibsons Bar & Steakhouse. Gibsons is the first restaurant group to be awarded its own USDA Prime Certification

Tavern on Rush: A great bar and restaurant with a DJ located in the heart of Rush street. They are known for the best calamari and excellent horseshoe bar along with split level seating.

Jellyfish:  Located on the second floor across the street from Hugos and Gibsons, this is a great place for enjoying the cuisines of several countries that include Thailand, Vietnam, Malaysia, Singapore and Indonesia. From 3-6pm, you can experience signature cocktails during happy hours.