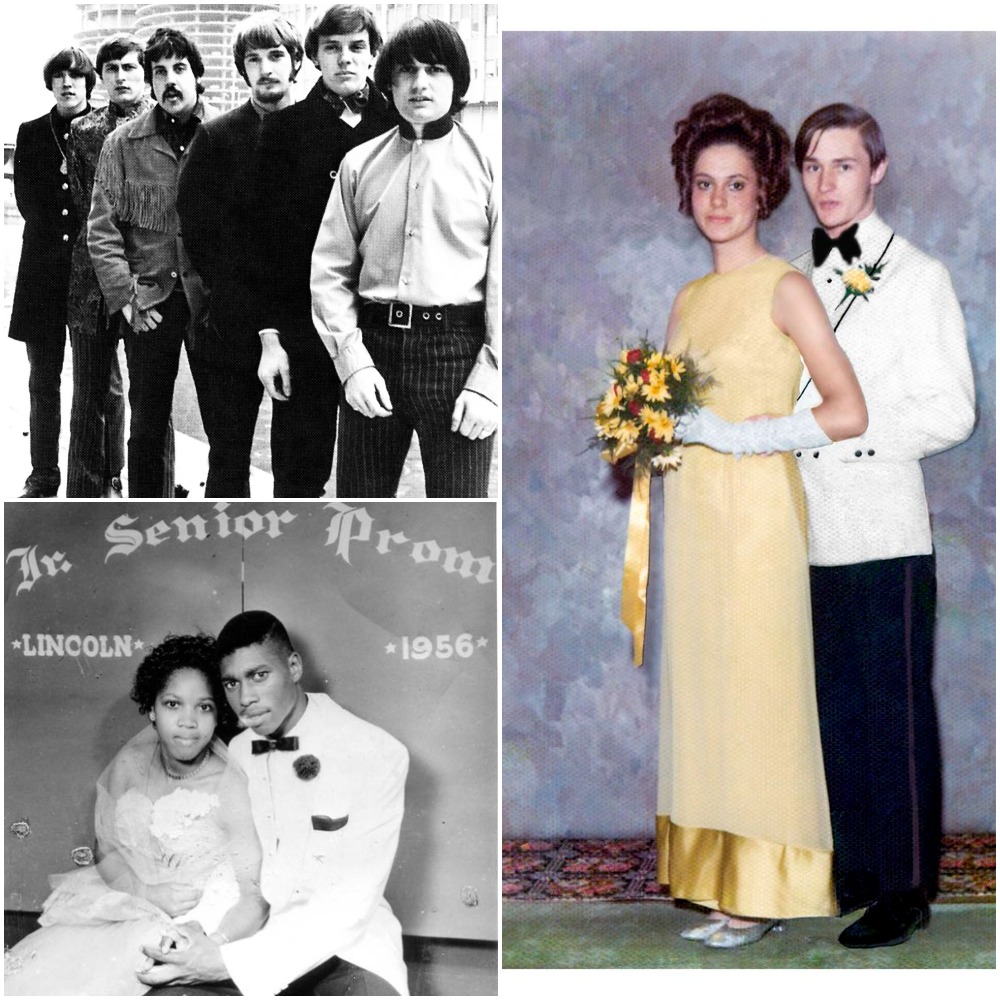 After receiving a video from my love a few months ago, the song and photos intrigued my writing interests. I Will Always Think About You. The video link is highlighted a few sentences below; real people in love during the 60’s and 70’s. Everyone looked familiar. I wore those shoes, used the same barrettes in the same place on my hair and used that same pay phone. I wore a dress just like that and the same make-up. He and I had the same car. He had a college jacket with the same letter L for Loyola? We all looked young and beautiful; in our own special, distinctive way many decades ago. And I cry when I watch and listen every time. I wonder how the lives in that video have transformed. Our they here today; healthy and in love? The song reached the Billboard’s top 40 on May 11,1968 presented by a young, Chicago band, The New Colony Six.

My significant other actually played with the band when then needed a substitute drummer since he played with many including the Association. Back in the day, he become young friends with Ronnie Rice (vocals, keyboards, guitar) who replaced Craig Hemp and this song becoming one of Rice’s hit singles. Formed in Chicago, the group had ten top singles that hit the charts between 1966 and 1971. That song actually hit the local airwaves in 1965 and was listed 14 times on the national charts. Things I’d Like to Say was another popular song released in 1968 on their album Revelations and as a single. Original members were Ray Graffia (vocals),Chick James (drums), Pat McBride (harmonica), Craig Kemp (organ), Wally Kemp (bass), and Gerry Van Kollenburg (guitar).

Ronnie Rice has played the guitar since he was 16 years old and he began his musical career as a solo performer in Evanston, Illinois. In the mid-seventies, he developed his own rock and roll classics still attending hundreds of concerts throughout the United States. Ronnie has played with other bands including The Buckinghams, The Ides of March, The Cryin’ Shames and The Shadows of Knight.

The New Colony Six performed at a 1987 Reunion show at Chicago’s Park West the “Colony” has been one of the nations favorite acts at a variety of events as well as those GREAT SUMMER FESTS ever since. Today, Ray Graffia stills play along with Bruce Mattey / Vocal & Guitar RickBarr Drums Gary Greenman / Keyboards Bill Szostek /Bass & Vocal Greg Favata / Guitar & Vocal.