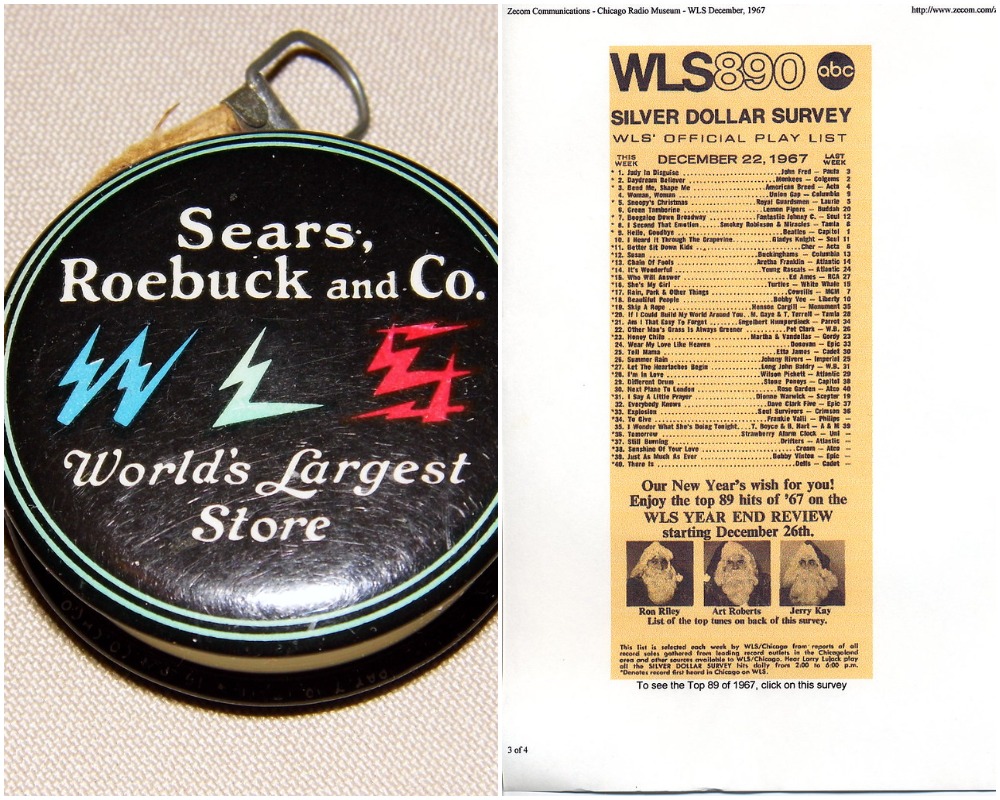 It was in May of 1960 that WLS went full-time rock and roll listeners though the station had its first air date in 1924 known as the World’s Largest Store. I vaguely remember going down to see the radio studio in a glass box for a very short time in the late 1960’s but many broadcasters closed the air station curtains so that visitors could not disturb them at specific times during the day. Larry Lujack was one of them. But I do remember them all that included the famous Clark Weber, Dick Biondi, John Records Landecker and Bob Sirott. Clark Weber joined the station in 1960-1969 and died of cancer recently at the age of 89. Dick Biondi celebrated his 50th anniversary with WLS in 2010 and is 88 years old. John Landecker retired in 2015 but his back as a weekends host at WGN radio. Bob Sirott was a top disc jockey at WLS from 1973 until December 1979. He currently works for WGN radio also has a morning host.

According to sources, in the 1960s, WLS was a major force in introducing new music and recording artists. The first US airplay of a record by The Beatles (“Please Please Me“) was on Dick Biondi’s show on February 8, 1963. WLS was voted station of the year in 1967, 1968 and 1969 and it was estimated that over 4 million listened to the station weekly. It was also known for its Silver Dollar Survey which I remember showing the top 30 or 40 hits. The survey changed its name many times (89 WLS Hit Parade, 89 WLS Chicagoland Hit Parade, WLS Musicradio 89. Many songs in the 1960’s and 1970’s were edited by several AM stations and WLS was one of them.

Steve Dahl and Garry Meier‘s program was moved to WLS from WLS-FM, over the objections of the duo but Nevertheless, Dahl and Meier drew higher ratings on WLS than they had on WLS-FM in the 1980’s.

Currently, WLS AM is a talk radio channel that used to feature Chuck Limbaugh who passed away in 2021 but now shows include Bruce St. James, Chris Plante, Ben Shapiro, John Howell and Mark Levin. The channel also has a complete news team with traffic and weather located at the NBC Tower on Columbus Drive in Streeterville. Its broadcast tower is located in Tinley Park.