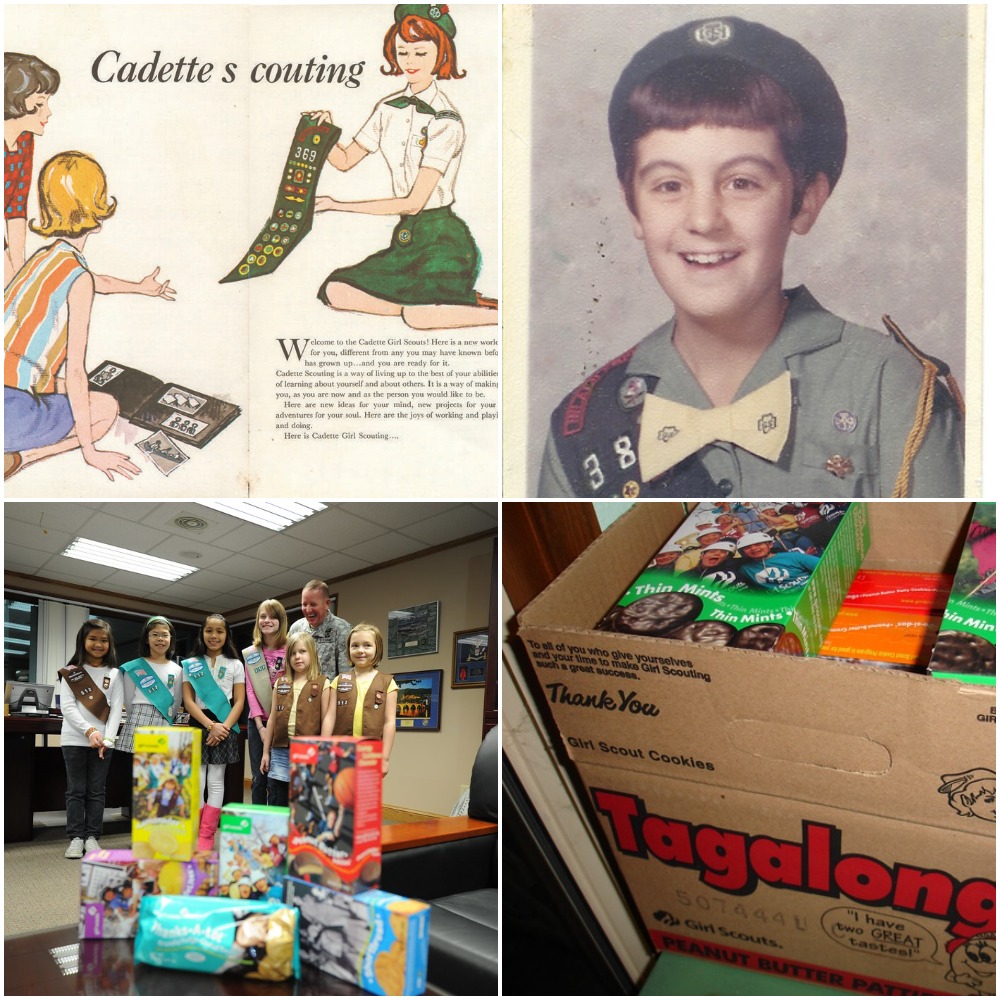 Of course, I was a Brownie, no Daisy then and Junior Girl Scout who tried to sew badges on my Girl Scout sash…to no avail. Mom was not the sewing type. I remember attending some meetings in a friend’s basement and do remember attending a talent show with my troop at McCormick Place. Ultimately, though, it was all about cookies and awards even back in the 1960’s. Our favorite question was; would you like to buy a box of Girl Scout cookies? We sold sometimes outside of stores like Goldblatts in South Chicago or the Jewel in Downers Grove in later years. But most of the time, we went door to door. There was no internet or fear of strangers but there was thin mints which the neighborhood seemed to enjoy the most. We didn’t sell at school and my Mother was a firm believer to not call her friends. I traipsed through the neighborhood, trying to pick out homes where I knew people would buy especially if I was doing this yearly. I don’t remember winning anything.

During the 1960s, it was a huge time since Baby Boomers really expanded the Girl Scout Troops and cookie sales boomed. Fourteen licensed bakers were mixing batter for thousands upon thousands of Girl Scout Cookies annually. By 1966, a number of varieties were available. Among the best sellers were Chocolate Mint (now known as Thin Mints), Shortbread, and Peanut Butter Sandwich cookies.

Juliette Gordon Low began Girlscouts with small group in 1912. She was also known as Daisy. According to the Girl Scouts main site, there are over 2.6 million Girl Scouts (1.8 million girls and 800,000 adults) in 92 countries and more than 50 million alums, united across distance and decades by lifelong friendships, shared adventures, and the desire to do big things to make the world a better place, During the 1960’s and 1970’s, Girl Scouts did fight for racial equality and Girl Scouts elected its first African American national board president, Gloria D. Scott. Girl Scouts established the Daisy level for kindergarten-aged girls as interest in Girl Scouting expanded in the 1980’s.

In the 1990’s my daughter was not interested in Girl Scouts but there was always somebody in the neighborhood selling cookies and I always bought from the first that still came to the door. Girl Scouts received a technology badge since computers were making there way to every home and business. Girl Scouts entered the first few years of the new millennium focused on the healthy development of girls, establishing the Girl Scout Research Institute to conduct studies and report findings. And most of all, there were eight cookie varieties including low fat and sugar free cookies to chose.

Today, technology still plays a huge role in learning but outside activities such as climbing and swimming are extremely important for the health and welfare of young girls as well as cookies!!!!!! I just bought them a few weeks ago from a teacher at school whose daughter sells them and has won awards. Today, there are Toast-YAY, Lemon Ups, Lemonades, Shortbread, Tagalongs, Samoas, Toffee Tastic, Do Si dos, S’mores, Caramel Chocolate Chip and still……….THIN MINTS!!!! Always and forever!

Want to buy a box of Girl Scout cookies? 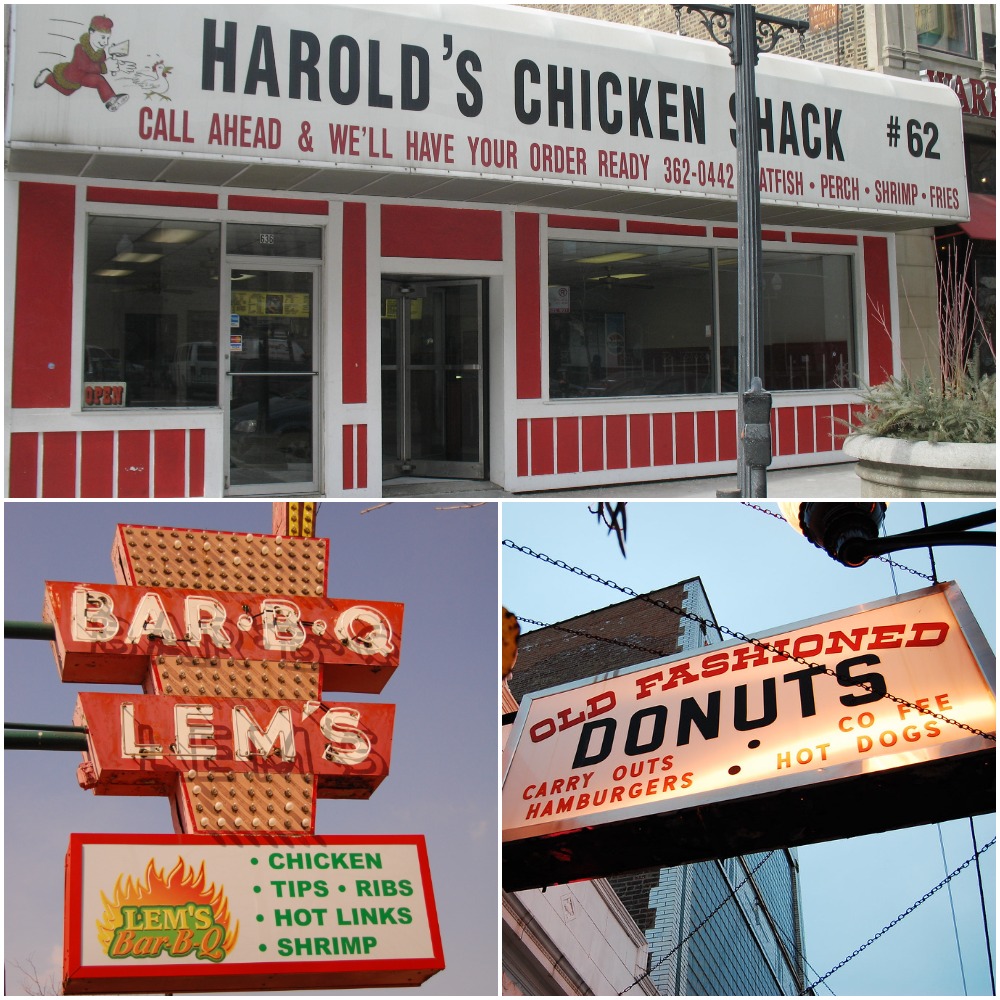 The oldest place was founded by the late Harold Pierce in 1950. His daughter recalls her father’s story. When he was a youngster the preacher would come to his home for the Sunday fried chicken dinner. Even if he wanted second helpings, the preacher had the first opportunity to refills that left nothing for him. He would tell himself that someday he would be in charge of his own chicken restaurant eating as much as he desired. Guided by his determination and faith in the family chicken recipe, Harold opened “Harold’s Chicken” on Kimbark in Chicago, another location is currently in Jeffery Manor.

The original menu featured  cooking the entire chicken with a mild sauce side including southern style gizzards and livers. Now chicken wings, catfish, shrimp, fries, fried green tomatoes and their famous mild and hot sauce are menu attractions. Harold’s Chicken is managed by his grandchildren in Atlanta, Georgia and Los Angeles, California plus the Chicago locations. Franchising Harold’s Chicken is possible in the near future as plans are made for Chicago flagship locations according to daughter Kristin Pierce-Sherrod.

Established favorites include Old Fashioned Donuts in Roseland where Burritt Bullock in his 80’s still  fries up delectable apple fritters that can be topped off with finely chopped peanuts. His own recipe for raised glazed doughnuts remains the menu star.  Having worked for a doughnut business, he later opened his own shop with his wife. Sadly his wife died in 2009. Burritt’s 2 daughters are part of the team. More than doughnuts, grill favorites are served while these young women encourage their father to try new ideas. Another family strong legend, Taurus Flavors. Beginning in 1966, literally taking the success bull by the horns, a humble hoagie sandwich and variety of flavors ice cream shop invented the Supreme Steak Sandwich.  A car wiped out the front of their business in June, 2019. You can order online from the 85th street location.

Black chefs have had a history of providing the best food for centuries, beginning at the White House with Hercules and James Hemings under our founding fathers. Black chef’s knack for creating tasty food is alive and well in Chicago.

Currently, 100 plus Black owned restaurants operate in the Chicago area. Check out at the restaurants in this article published in Infatuation. 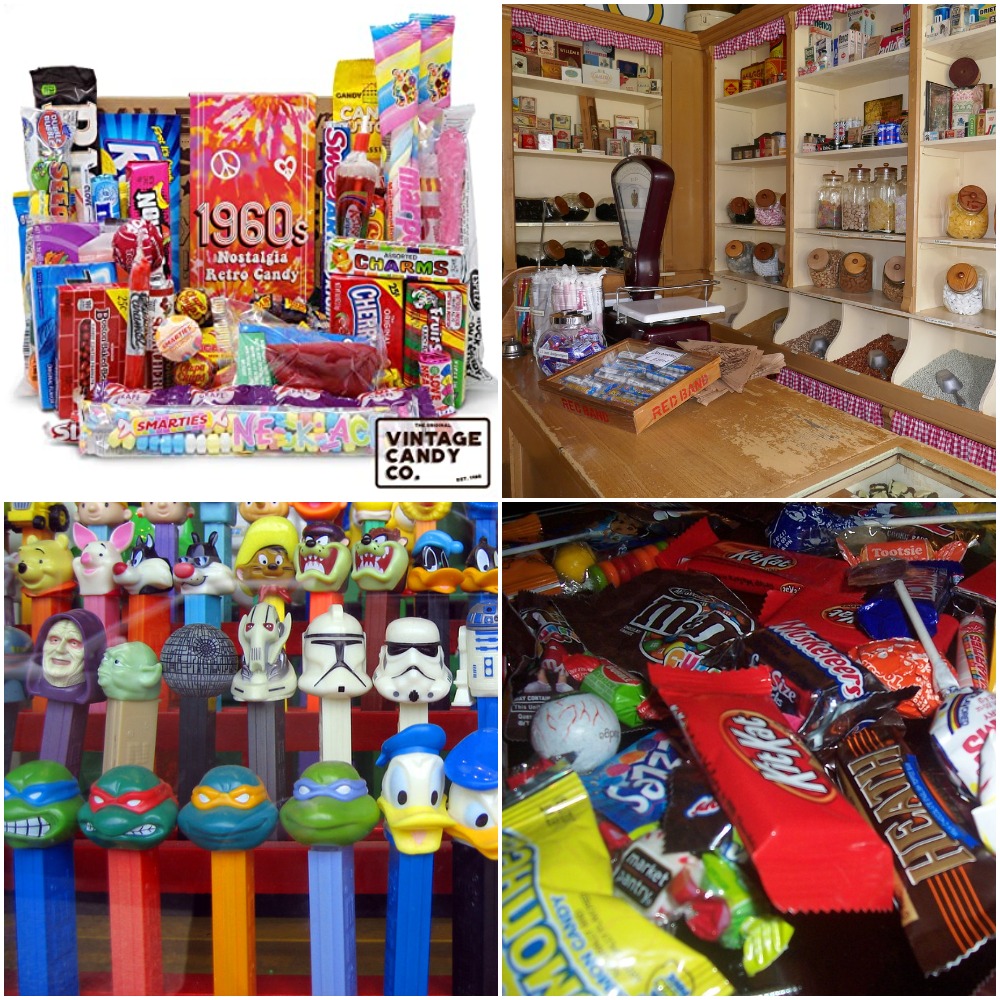 It was Cozy Corner that we walked to on the southside of Chicago for our favorite candy in the 1960’s. My mother was not big on allowances but sometimes she gave me money just for this treat. There was candy buttons Marla loved along with sunflower seeds. There was Choo Choo Charlie, just an engineer, who loved his Good N Plenty if you remember the commercial. I picked as many packs of Bazooka gum that I could afford with the comics. I did like Bubble Gum Cigars and Cigarettes. I did like real cigarettes for awhile but gave those up. There was Charm Sweet Pops as well as assorted Charms. I liked Chuckles and every girl had to have a pastel, colored, candy necklace. The boys seemed to like wax bottles, Satellite wafers and we all enjoyed Pez dispensers. One friend could not get enough of Tootsie rolls. Some had enough money to buy a bag of enjoyed MMs, plain… not peanut.

I also liked spending my money on gold and silver coins; of course, chocolate ones. Another love that was created in 1967 was Lindor truffles by Lindt; that is still a last minute stocking stuffer for me in 2021. Through the decades, family would bring gifts of Chicago’s very own Fannie May for the holidays and the Marshall Field Frango mint chocolates were on everybody’s list.

In the 1970’s, it was also a time for Andes Mints and Big Red Gum. Blow Pops were popular along with Bubblicious bubble gum; the watermelon flavor which I did not like. Eighties children loved Airheads in several flavors and Big League chewing gum. Chewy Cubbie Cubs were always bought in bulk and a favorite. My children loved Dove dark chocolate bars in the 1990’s along with Icee Spray Candy. But I really liked the bubble tape…..it would go on and on….too much gum! Jolly Ranchers was my son’s favorite; always a stock stuffer. while my daughter enjoyed Good N Plenty; still her favorite today. My significant other; Reese’s Peanut Butter.

Now with the Harry Potter rage, in the 2000’s, you can treat yourself to Bertie Botts beans which were flavored jelly beans. Herseys kissables came out in 2005 and Pretzel M*Ms in 2010. Reese’s Peanut Butter Cups with Pretzels Miniatures came out in 2020.

I could go on and on and so can the types of candy available. My treats today are still chocolate in all shapes and sizes along with a special coffee and probably get just as excited about it than ever before. Old Time Candy offers some great candy organized by favorites, decades, flavor and holidays. There is also a selection of retro toys. Amazon also offers some great vintage candy gift boxes celebrating specific decades.

The dreams of a 14 year old immigrant from Bavaria came true when he moved to Detroit in 1873 as a meat packing apprentice for six years. Moving ahead, Oscar Mayer and brother Gottfried leased Kolling Meat Market in Chicago. A few years later, he brought in another brother Max. Oscar Mayer promised his production of luncheon meats and bacon would guarantee honesty, integrity and quality of meat to customers. In 1906, Oscar Mayer had joined a federal meat inspection program. In 1909, Oscars son joined the company and they were successful. To gain customer’s trust the yellow band introduced in 1929 signified that the meat was inspected, and by 1971 dates were included for freshness.

Oscar Mayer create novel advertising methods.  Since 1936 spotting the 27 foot long Weinermobile can happen anywhere in the United States. Naturally the interior has slick mustard leather seats and saucy ketchup red velvet seats complete with a Weinermobile logo.  A bun roof lets the sunshine in, illuminating a very groovy ride. The Hotdogger driver, required to be hot dog lover, keeps the Oscar Mayer name alive by passing out Weinerwhistles. As a marketing representative, the Wienermobile has a tour schedule and can be leased for special events through Twitter.  To the disappointment of many who have surrounded the Weinermobile, there is no food available.

In 1963 Richard Trentlage wrote a song I can remember singing about being the wiener everyone loves.  Sounding an alert to your taste buds on the radio the “Oscar Mayer Wiener Jingle” increased demand. Today’s favorite is the cheese filled dog that is even starring in a You Tube endorsement.  In 1965, Oscar Mayer featured its first T.V. advertisement.  In 1976 Oscar Mayer went on the New York Stock Exchange, the same year “The Bologna” song with the unforgettable lyric: My Bologna has a first name, it’s O-S-C-A-R, My Bologna has a last name, it’s M-A-Y-E-R, OH, and I love to eat it every day. The Oscar Mayer Company’s journey is a combination of keen business practices and the magic of innovative marketing. In 1989 Oscar Mayer joined Kraft Foods.  By the 1990’s there were 10 plants producing the brand names Oscar-Mayer, Lunchables Lunch Combinations, Carving Board Meats, Louis Rich, and Claus-sen pickles. Headquarters are in Madison, Wisconsin.

The business icon, Oscar Mayer by 2010 started charity programs to feed the children and promote animal welfare.  Removal of unhealthy artificial preservatives, nitrates, and by products was done in 2017. Inspiring hot dog lovers to climb higher introduced in 2018 a space hero Super Hotdogger who carries a powered jet pack.   When not in space, Super Hotdogger rides in the Weinermobile. The 1958 Weinerwhistle popularity was blowing away.  From the beginning, Oscar Mayer claimed its products were made with love, the ingredient that has resulted in over 135 years of success