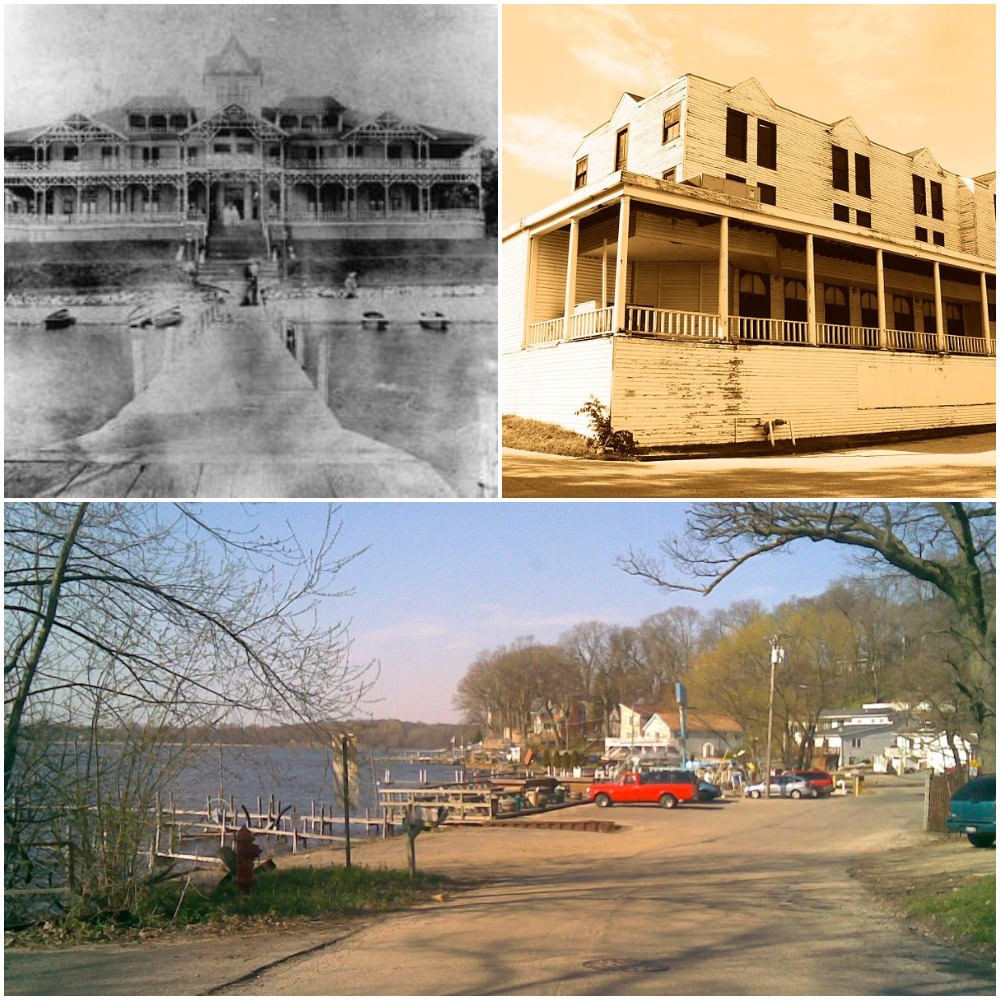 Chicago Trading Company, a giant distributor of crops by trains and ships that resulted in Chicago becoming the largest grain port in the world by 1854. When the Wisconsin Central railroad connected to the Chain O’Lakes area in 1882, a resort haven for wealthy Chicagoans was created. Chicago Board of Trade members decided to build a private grand hotel in Fox Lake, The Mineola on 91 North Cora Avenue in 1884. The three story structure with a two tiered veranda featured one hundred private room suites with hot and cold running water available for $2.00 daily. Labor statistics in 1884 for Chicago day laborers averaged about $2.20 a week. The hotel sold to a new owner in 1891 that expanded business by going public. Weekends at the hotel featured entertainment while enjoying the surrounding scenery. Sightseeing steamboats carried tourists to” Egyptian Lotus “beds flowering on several lakes.

When the Nippersink Station opened connected to the Milwaukee railway in 1901, a broader financial spectrum of people arrived. In 1907, permanent residents in the Fox Lake area numbered around 500, soaring to over 20,000 during the summer months. Over 45 liquor licenses were issued in the Fox Lake area just before the Prohibition hit. By 1910, The Chicago Tribune reported the Mineola Hotel lacked morals and was not a proper place to spend time since excessive drinking, prostitution and gambling existed. The Fox Lake village did not place any limits on profitable business practices. During the 1920’s Prohibition era liquor flowed freely throughout the area.

By the “Roaring Twenties” Fox Lake became the choice hangout for mobsters and gangsters. Al Capone, head of Chicago’s North side battled “Bugs” Moran head of Chicago’s South side for control of the booze trade, during beer wars in Chicago. Both owned property near Fox Lake. On June 1, 1930 the feud came to a head at Manning’s Hotel in Fox Lake when 3 of Moran’s crew were shot dead, commonly referred to as the Fox Lake Massacre. A year earlier, Capone had lost lives to Moran in the St. Valentines’ Day Massacre. Moran, outmaneuvered, losing power left the Chicago area shortly after this attack. Fox Lake today continues to grow and change remaining a favorite summer retreat.