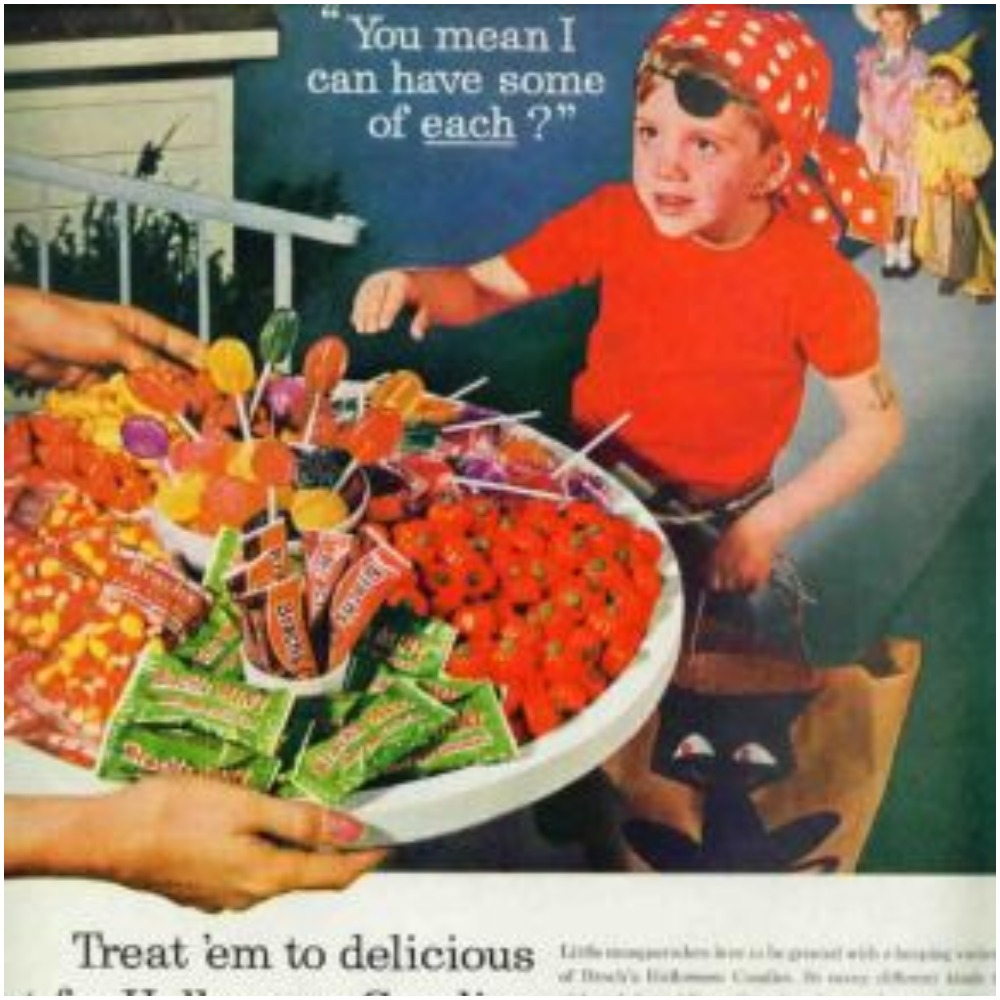 Another Chicago original to celebrate National Candy Month! And it was the candy corn celebrated at Halloween that I enjoyed the best as a child. Brach’s candy corn is still the  best selling candy in the US today. I also remember the conversation hearts known as Sweethearts candy passed out at Valentines Day as well as Jelly Bird eggs at Easter. For my children, it was Jolly Ranchers that was my son’s favorite. The company was founded by Emil Brach in 1904 located at the corner of North Avenue and Town Street in Chicago.With a 1,000 investment, he named it “Brach’s Palace of Sweets” and employed his two sons to help.

Emil started with one kettle. Investing in additional equipment he was able to lower his production costs and sell his candy for 20 cents per pound. According to Wikipedia,by 1911, his production had reached 50,000 pounds per week and his first product was caramels. In 1913, Brachs developed the first candy factory and a second factory in 1921. In the late 1940’s an explosion happened killing many but Brachs continued on building a state of the art facility, becoming the largest candy manufacturer in the world.

One of the sons was 75 years old when he sold the company in 1966. Bertram Johnson bought the company in 1980 and moved its headquarters  but it started to decline and he bought Brochs Candy Company and merged the two which brought on new products. In 2003, Barry Callebaut AG purchased the new company. As part of the deal, Barry Callebaut agreed to assume $16 million in debt, fund restructuring efforts for 5 years and paid a symbolic $1 (one dollar) for the company.