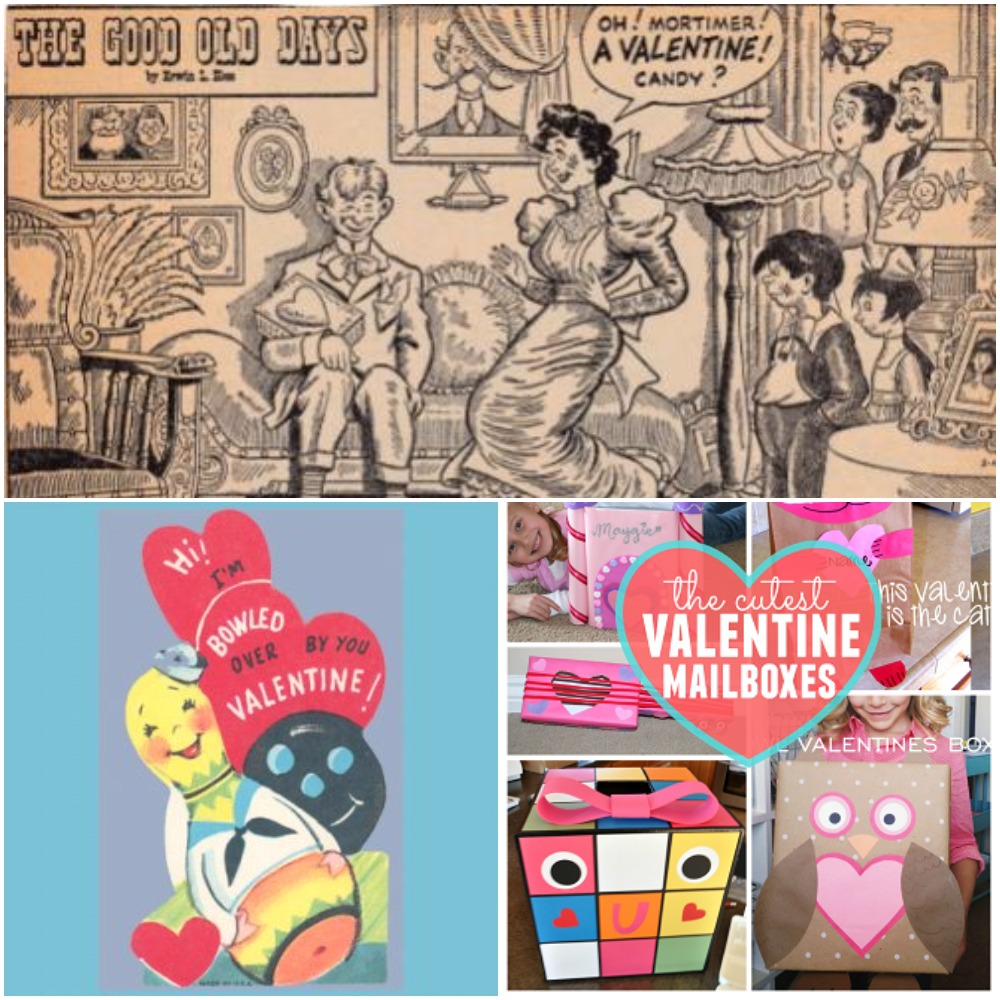 Saint Valentine’s Day was a feast day in the Catholic religion, added to the liturgical calendar around 500 AD. The day was commemorated for two martyred roman priests named—you guessed it—Valentine. … Because of this legend, St. Valentine became known as the patron saint of love. No one knows exactly when the celebration began in sending cards but their is evidence that it took place as early as the fifteenth century,

It is said by the 18th century,February 14th became an occasion for people to exchange letters or small presents to commemorate love between lovers and friends. But back in the day, it was very expensive to buy Valentines cards and huge boxes of candy.

School celebrations of Valentines Day consisted of making your own valentines in the early eighteenth century here in America. Teachers would help students make cards; passing them out to everyone in the classroom. Teachers would decorate classrooms with felt hearts and banners. As a Baby Boomer, we brought Valentines to school that were sold in a small red box with a variety of small, one dimensional cards to choose from that would fit the personality and gender of each child. You better pick something that was sports oriented for the boys…never kissing anyone. Your gifted valentines were stuffed in a plastic bag to bring home. The same was for my own children growing up in the 1990’s but Valentines were more theme-oriented celebrating famous toys, stars, or movies. I remember my son sending Spiderman cards. There was a collection of cards with Michael Jordon on them that said your cool and of course, Barbie or Pocahontas (celebrating the movie) was a favorite for girls 20 years ago.

Now, however, decorated Valentines Day boxes that are sometimes larger than the student, are brought to school. They represent mailboxes of all different themes with an opening ready for cards that may be a monsters teeth, a unicorn, a cat, a dog or a fairy castle with a magic door for cards. They are absolutely gorgeous and a great idea for parents to help decorate; bringing out how special and creative Valentines Day can be. Today, classrooms also celebrate Valentines Day parties usually hosted by volunteer parents. Though candy is an issue, the parents bring great snacks for the kids.

This year for the kindergarten students, my daughter and I made Valentines with two hearts glued together with a Tootsie Pop in the center that had attached googly eyes, Looks like a butterfly with glitter heart stickers since the parents agreed to the lollipop this year. Since we have a short week at school, I passed them out yesterday. There is something special about making your own creation and not one disliked the Tootsie Pop or the flavor they received since they were able to eat them in the classroom…all at once…following afternoon recess. Wow…maybe we should do this more often for it was much quieter than usual at one point. Their little mouths had something else to concentrate and couldn’t talk and lick at the same time.