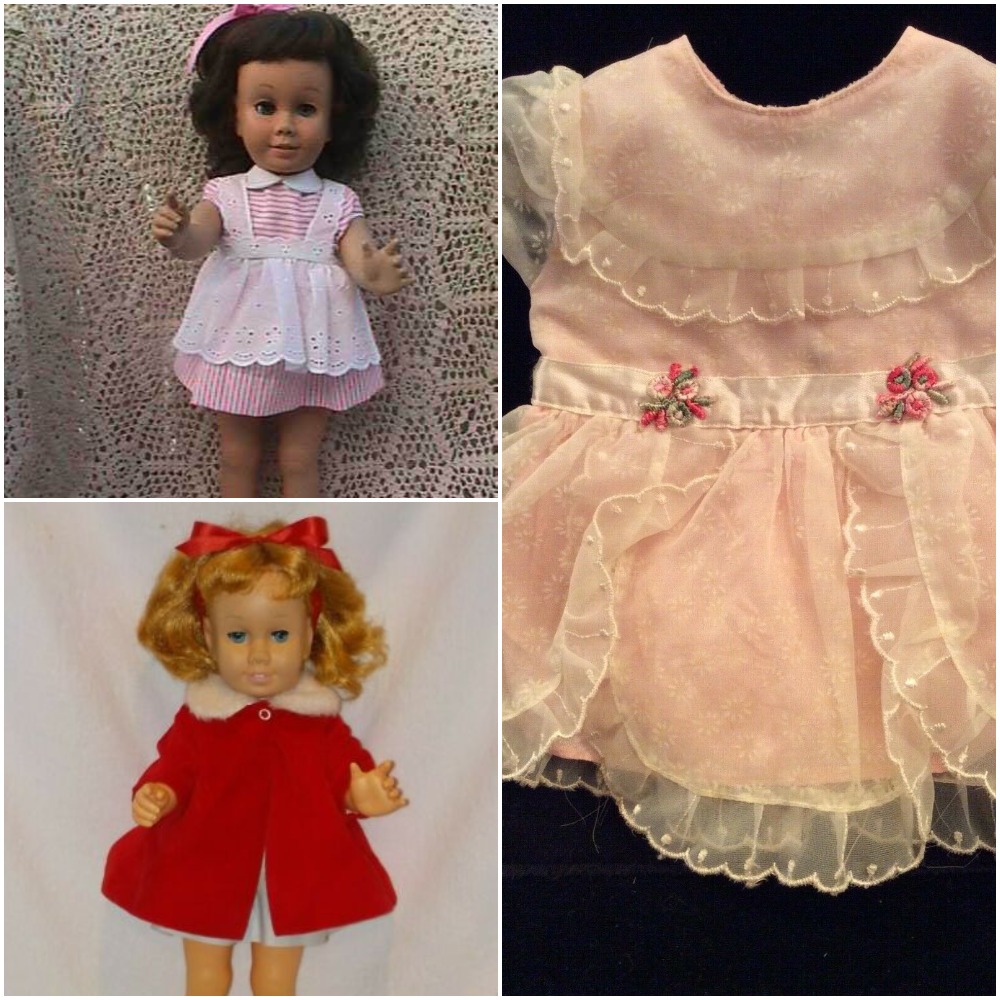 I was fortunate because my father was a home movie nut…all of them successfully transferred for every birthday and holiday so I have not forgotten the dolls and toys I got for both. My first baby doll was Tiny Tears and I received a to die for blue carriage under the Christmas tree to walk her in. And a new friend for Tiny Tears sat in a box; Chatty Cathy with auburn hair, soft face and cloth speaker, and pull string in the back. I still have her but a few years after getting her when I was in elementary school, a friend cut her bangs and put her in the bath tube. She gargled for a long time and I cried. Today, however, she is mute.

Chatty Cathy was a pull string “talking” doll manufactured by the Mattel toy company from 1959 to 1965. The doll was first released in stores and appeared in television commercials beginning in 1960, with a suggested retail price of $18.00, catalog advertisements usually priced the doll under $10.00. Chatty Cathy was on the market for six years and was the second most popular doll of the 1960s.  Brunette and auburn haired versions of the doll were introduced in 1962 and 1963 respectively as well as an African American doll. The original Chatty had a red dress replaced by a pink and white striped dress with a white pinafore called “Pink Peppermint Stick.”  There was also a red velvet coat and her Sunday dress ( still have with a few threads missing)

Chatty Cathy “spoke” one of eleven phrases at random when the “chatty ring” protruding from its upper back was pulled. I love you, please take me with you, let’s play house, please brush my hair, will you play with me, were some of the words but her mouth did not move.

If you research the value of the vintage Chatty Cathy doll, you will find a variety of dolls in different conditions, many different versions and different prices but a well-preserved Chatty can get alot of money….actually thousands of dollars.