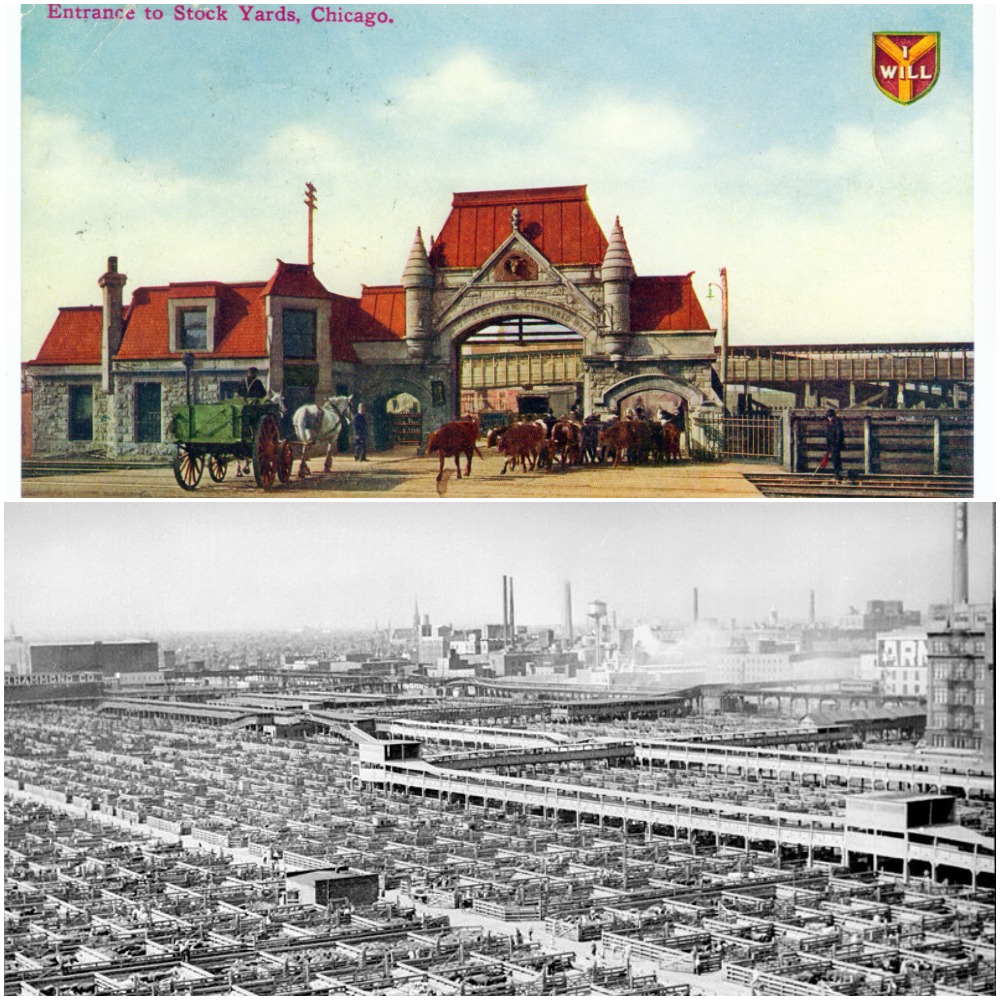 I visited the stockyards one time since a friend of my Dad’s worked for Swift in 1959-1960 and I remember just a few brief moments of smell and memories of cattle carcuses hanging from the ceiling. I don’t remember any other area because I was only about 4 or 5 and my Mom said we walked through pretty quickly to meet my Dad at an office where he was visiting. At first, the major meatpacking companies resisted change, but Swift and Armour both started surrendering and vacating their plants in the Yards at this time.

My Dad was several years older than my Mom and his father worked at the stockyards during the early 1900s and my grandfather was working there during the time of the fire. The fire, which broke out at Warehouse 7 of the Nelson Morris Company at the Chicago Union Stock Yards on the 4300 block of South Loomis Street, was first reported on December 22, 1910 at 4:09 am. It resulted in the death of twenty one Chicago firemen.

Dad also had friends that worked at the stockyard in 1934 and on May 19th, another significant fire took place destroying over 80 acres of land and 50 were injured though most were fireman. The fire had blazed for over 4 hours and many home owners and renters that lived in the surrounding areas were asked to evacuate. Over 2,200 firefighters battled the blaze. All the telephone lines, electric lines, and gas mains in the vicinity of the yards were put out of commission and some people were homeless around the Halsted area though there are no specifics at that time.

In 1921, the stockyard employed over 40,000 people and Americas center for meatpacking.Once refrigerated trucks and highways came into play, the processing plants, no longer dependent upon the proximity of the railroads, decentralized and moved west. The Union Stockyard and Transit Company closed its doors in 1971.

The Union Stock Yard Gate, located on Exchange Avenue at Peoria Street, was the entrance to the famous Union Stock Yards in Chicago. The gate was probably designed by John Wellborn Root of Burnham and Root around 1875, and is the only significant structural element of the stock yards to survive. It was designated a National Historic Landmark in 1981.