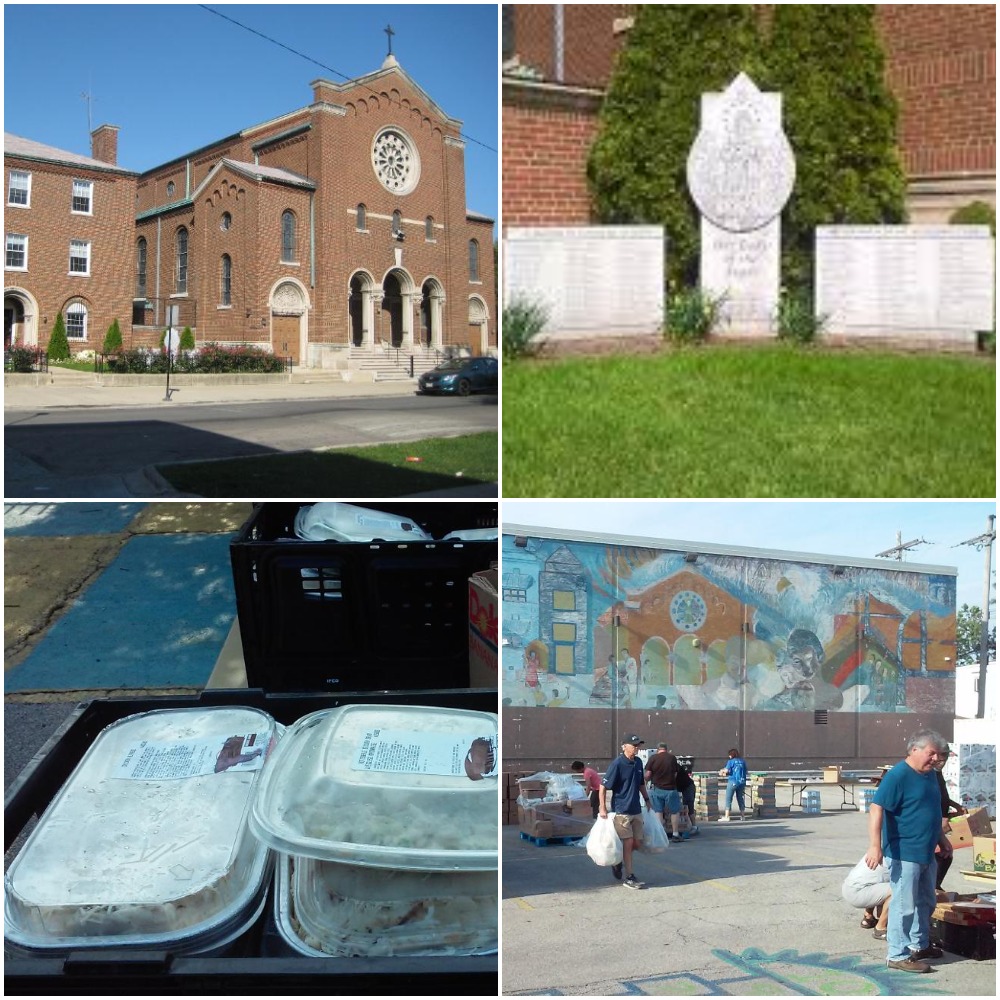 Of course, what comes to mind for many of you my age and older, is the tragic school fire on Dec 1. 1958 at Our Lady of Angels school in West Humboldt Park. I was only three when my mother began to cry when watching the news. But I will never forget. Being taught fire safety in elementary school, teachers always referred to the horrific event that killed 92 children, three nuns and hundreds who walked away with significant injuries. Consequently, the fire did lead to major fire reforms in schools throughout the country and over 60 years later, you rarely hear of a child being hurt in a school fire.

Over decades, I have visited the neighborhood, saying a prayer, feeling the unrest and watching the massive decline. If you or your family were not involved in the fire, you certainly knew someone on the street that you lived who may have lost a child. The pain was too great and many moved on to begin a new start. In the late 1960’s, blockbusting occurred in many parts of the city where real estate practices essentially forced whites from their homes to create high housing prices for blacks. Whites also took the jobs with them and blacks were unemployed. Our Lady of the Angels couldn’t survive and the parish closed in 1990.

The school closed as a Catholic school first but was a charter school until approximately 2017 when given back to the Franciscans at the Mission of Our Lady of the Angels . Fr. Bob Lombardo came to Chicago in 2005, at the special request of Cardinal George, to set up a mission outreach to help the poverty- stricken neighborhood that struggle with gang infiltration and drug trafficking on Chicago’s west side; one of the most violent areas in the country.

Many may not realize that  Fr. Bob erected the first on-site outside memorial for the victims of the tragedy, which was blessed by Cardinal George in 2007. He is a founding member of the Franciscan Friars of the Renewal. In Chicago, Fr. Bob has functioned as the founder/ director of the Mission of Our Lady of the Angels, founder/ superior of the Franciscans of the Eucharist of Chicago, a newly established religious community of young men and women living and serving at the Mission of Our Lady of Angels.

Fourth of July weekend I visited their monthly food pantry with an added bonus in which they gave away 80 mattresses for those in the community. They provide fresh produce, non perishable food, clothing, and household goods to about 250 families each month at their Mobile Pantry. They have 75+ volunteers that help and you can sign up at any time. Families can take a cart filled with food and volunteers will help walk the family to their homes as long as it is within a block from the pantry. But the Mission of Our Lady of the Angels does so much more.

The Franciscans of the Eucharist of Chicago are an extremely educated and talented group who have been invited to take part in pilgrimages throughout the world. In the beginning, Fr Bob graduated from Notre Dame University in 1979 with an accounting degree and worked at Price Waterhouse. It was shortly after when he found his calling to become a Franciscian and a priest with over 30 years of religious experience.

Sister Kate, originally a nurse, talked about her humbling experience working in the community and their excitement in being able to renovate the school for more program space and retreats. The Church currently provides Eucharist adoration as well as neighborhood prayer services while the original Convent houses the female Franciscans and their offices. The rectory currently houses Fr. Bob and the male Franciscans. Kelly Hall hosts their monthly food program as well as senior programs. And they have received incredible donations that have allowed them to re-build and continue their unwavering commitment to help others. It not easy being who they are, but their graciousness towards others is genuine, constant and truly God’s gift to all of us.

Those who believe that all was ultimately lost in that community after the unforgettable fire…..maybe not. For the Franciscans do pray for those lost in 1958 and their survivors. But their current passion is not giving up on their mission to improve the lives of others they meet today; reminding us who is always in charge with them.

They improved my life in just a few hours and maybe the blessings of the community angels……. many so young…… are assisting the Franciscans to trust and always have faith in God’s timeless love.