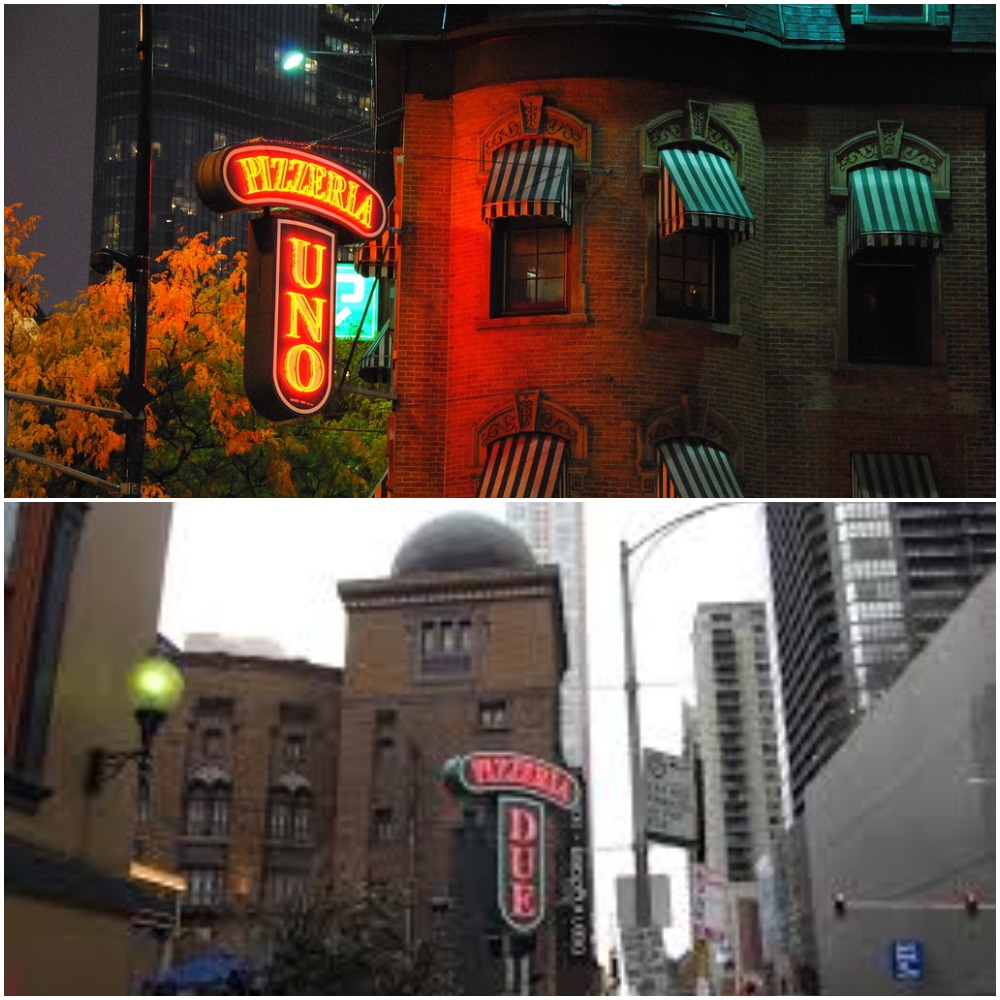 An eating experience can be life changing; food delicious beyond description develops into a craving that will shape your future restaurant choices. My first time going to Pizzeria Uno on Wabash and Ohio streets convinced me that the very finest pizza in all of Chicago was served there. From the moment I entered the dining room, all my senses were on fire smelling, tasting, touching, swallowing, hearing fragments of chatter while observing the oozing cheese and array of toppings to devour. I broke every proper eating mannerism, eating with your fingers, taking as many servings as possible, practically gulping down every morsel.  Instantly, I became a deep dish pizza fan.

Discovering the inventions and trends that came from Chicago is an actual job. The city of Chicago’s cultural historian, Tim Samuelson, researched the origins of deep dish pizza. A transit from Texas University, former lineman Ike Sewell teamed with Italian-American Ric Riccardo, a food business operator working with Chef Adolpho Malnati Sr. to create a round dish pie pizza baked upside down in 1943. The popular new version of pizza led to a second location named Pizzeria Due opening in 1955.  Alice May Redmond and her sister Ruth Hadley were chefs in the early days. Chicago style deep dish pizza becomes loved from coast to coast. Today all the chefs families have opened their own versions of restaurants serving pizza.  Opening in 1966, another thick crust Chicago favorite formed by two brothers Rosario and Francesca Salerno opened their family business, Salerno’s on 16th Street.  Chicagoans have loyally supported them over fifty years enjoying a tantalizing array Italian food based on family recipes.

While exploring pizza information, I was surprised to discover thin crust has won the majority of business for decades, currently at 61 %.   There are over 8 crust thicknesses and varied name styles from California, St. Louis, New York City, Sicilian and Napoleon. You can become a pizza connoisseur traveling around Chicago by reading this article in TimeOut Chicago.

For the calorie counter pizza consumer, the same amount of flour goes into each crust; the leavening agent determines the thickness. The crust can be dominantly corn, gluten free, or grains. Leaving off the meat reduces artery plugging animal fats. Deep dish pizza has less meat fat per serving. Pizza cheese is low in fat compared to burger cheese flavors. Pizza is better for you than a Big Mac or bucket of crispy fried chicken.  Celebrate ending another week at work and go out for a pizza on National Pizza Party Day.