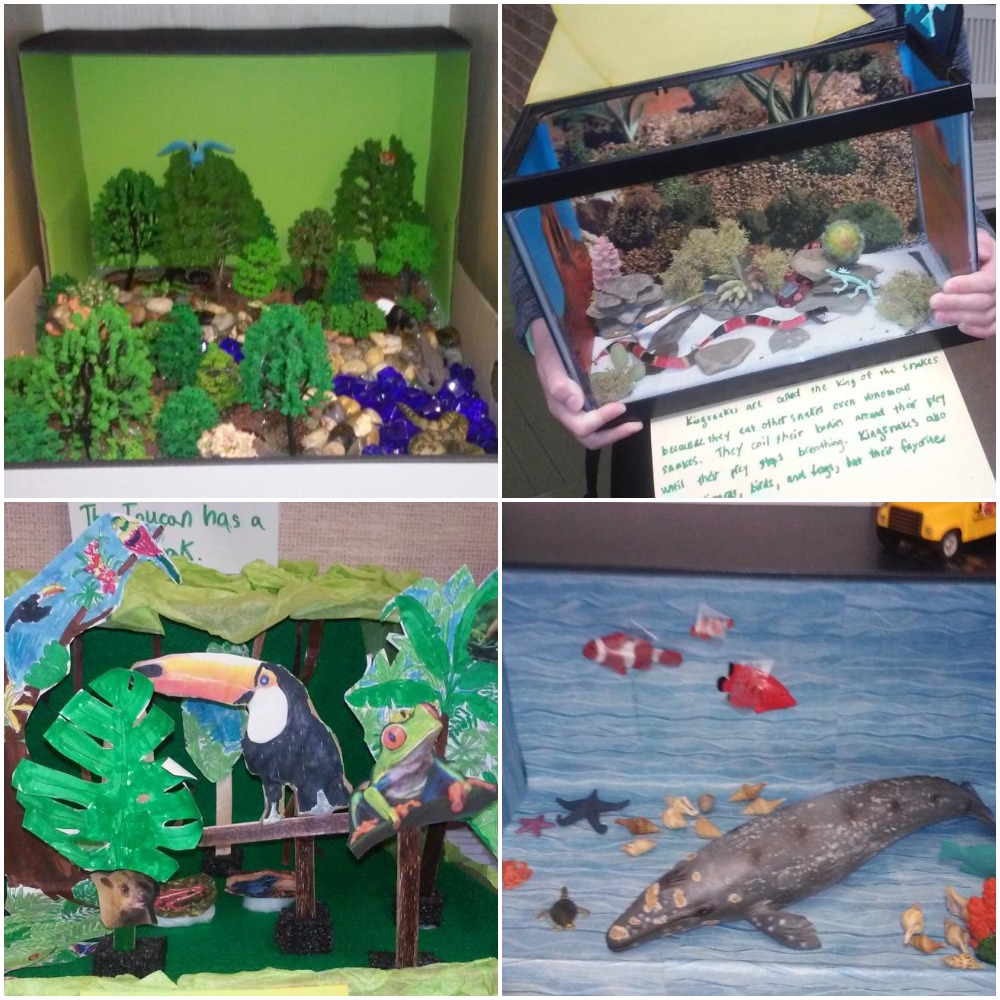 Last week, the second graders carried them carefully from the bus or car, through the main door, to their classes, so proud of their accomplishments. I watched in the main hallway with anticipation and truly as much excitement as their enthusiasm. I remember I was about their age when I built my first diorama.

During the early 1960’s, I was sitting quietly at the dinette table rolling tiny papers and painting them brown. It was a log cabin in a shoe box and the tiny rolls were logs for the fireplace. It took a long time, with little interruption to roll the logs and paint. In fact, the entire room was an effort because I was not good at art. No one in my family was good at art. But I loved making this log cabin. Maybe, because it was so much like setting up a doll house.

In the early 1990’s, I remember helping my own children; one was about actually building a tepee for an Indian habitat.  This was also during the days when the Pocahontas movie made it big in 1995. Actually, we had a Pocahontas birthday party for my daughter where they made their own cardboard paper dolls with markers, felt, glitter, beads, feathers; almost as big as each guest that came. But now, I am truly reminiscing off track.

Dioramas for school projects allow a great deal of creativity, inspiration and the materials available today are overwhelming. You can actually look at YouTube videos on how to make one out of a shoe box or display box. You can use needle nose pliers, any type of glue or masking tape though one student told me her family showed her how to use a hot glue gun, just for her diorama. She was scared but she did it without injury.

Most students used markers, crayons and some used paint to create their backdrop. Some cut up photographs or printed out photos online to add to their design. Some actually purchased craft trees of all types and one used blue marbles to show a water stream. Many used miniature animals and birds to highlight their scene. The birds actually flew, attached with string from the top of the inside of the box, not falling while the students walked down the hallways.

After seeing the children and dioramas arrive at school, I couldn’t wait to take pictures of some of them. I just had to see them again and again. I had to have something to remember. And I had to share with you!

I really do love dioramas. Maybe someone, someday, next year in school perhaps, will ask if I could help them build…..