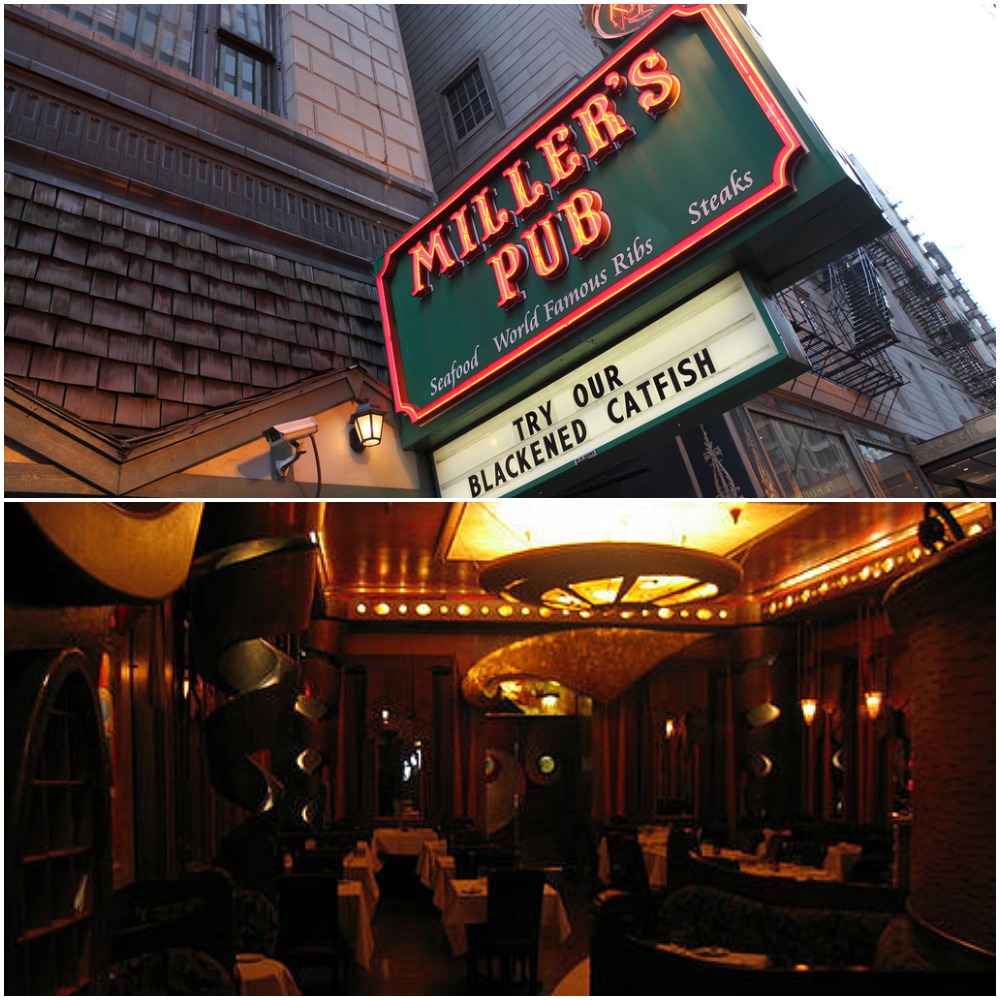 My first time at Millers Pub on Wabash in Chicago was in the late 1970s and a group of us was having a night cap after a play. I think the play was Send in the Clowns. Though I wasn’t a beer drinker, other drinks just didn’t seem appropriate so I had a beer that tasted better than most. It was later that I had dinner before the theater as they actually promote. In 1950, three brothers of Greek descent, Pete, Nick and Jimmy Gallios, pooled all of their resources and purchased the flailing Miller’s Pub from the Miller brothers, who had established the bar in 1935. After the purchase, the Gallios brothers did not have the $500 it would have cost to change the sign on the pub, so the name Miller’s remained.

Many celebrities have frequented the pub and celebrity photos grace the walls along with authentic oil paints. The family still owns Millers and thousands continue to enjoy an exquisite beer collection as well as extensive menu. Jimmy Durante never came to town without stopping by for some figs & cream- he didn’t drink. Millers is open until 4am that is why it is a great stop after the shows for even coffee and dessert.

It was in the upstairs restaurant with the beautiful wall design and Italian lights that I first visited the Italian village, built in 1927, the oldest Chicago restaurant. It was a date in the 1970s, the perfect elegance for romance. I don’t remember what I ate but always favored the wine.

As we visited Miller’s pub after the show, the Italian Village offers a great before the theatre menu including lasagna, their house specialty and always my favorite.