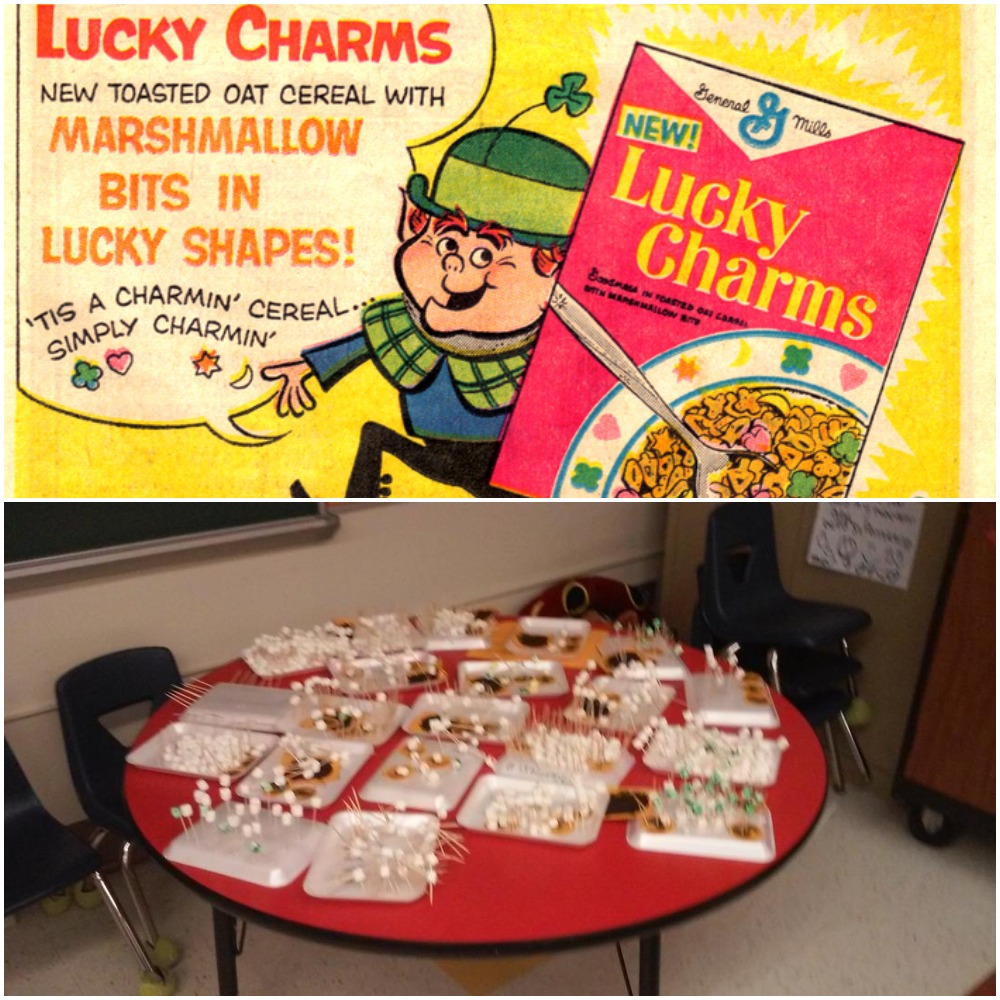 For me, it was the Lucky Charms cereal created in the 1960s that first talked of magic and leprechauns. Lucky the leprechaun( he actually smoked a pipe) debuted in 1964 with an expensive marketing approach featuring colored ads and comic books. It worked and the cereal still is magically delicious.

Usually bearded, little old men; leprechauns like to get into trouble. If captured by humans, they are often granted three wishes. Others say that they have to tell you where the pot of gold is. When my son was four now 31, I was traveling on a business trip out of the state but arrived home on St Patrick’s day. It was then that my son’s room was totally destroyed trying to catch a leprechaun in a special shoe box designed for that purpose.  The box was intricately built with string that stretched from box to window but no leprechaun. Even after trying to clean his room together; hoping to convince him that we would eventually find the leprechaun. We did end up with a clean room, better than ever, but no luck with catching this creature.

Now as an assistant in kindergarten last week, there is still Lucky the leprechaun. I have not seen him yet. Last week, he began visiting, secretly watching and left two messages for the teacher concerning the children s behavior which had not been the best. Lucky usually leaves treats at this time but the classroom teacher has said that Lucky has not been real happy with students speaking without raising their hand and not cleaning up after recess.

But last week on a Thursday night, Lucky appeared; making a mess of the room, writing on the board and leaving treats at the children’s tables since behavior had improved the day before. I did not see him which many asked if I had. The children told me that I had to look for a little guy with a hat. If he didn’t have a hat, he was not a leprechaun.

This week, the activities with Lucky continue. We spent one day writing individual designs of traps to catch Lucky and the day after, build traps with tooth picks and marshmallows. From what I have heard, they have not caught Lucky or any leprechaun in the past but remnants of leprechaun life were left behind.

On Thursday, 21 traps of marshmallows and tooth picks have been built with fake gold coins in the traps. And on Friday, Lucky left footprints and walked over the traps because he thought it was a playground. He also left special treats.

Now is it really Lucky or the teacher? After packing my bag today in an empty room at dismissal, I thought I heard someone laughing at me. No one was in the room. I turned to walk out and heard the tee hee again. And I checked the corners…..nothing. I practically ran to the parking lot!

One more week until spring break!

3 thoughts on “Are leprechauns real?”