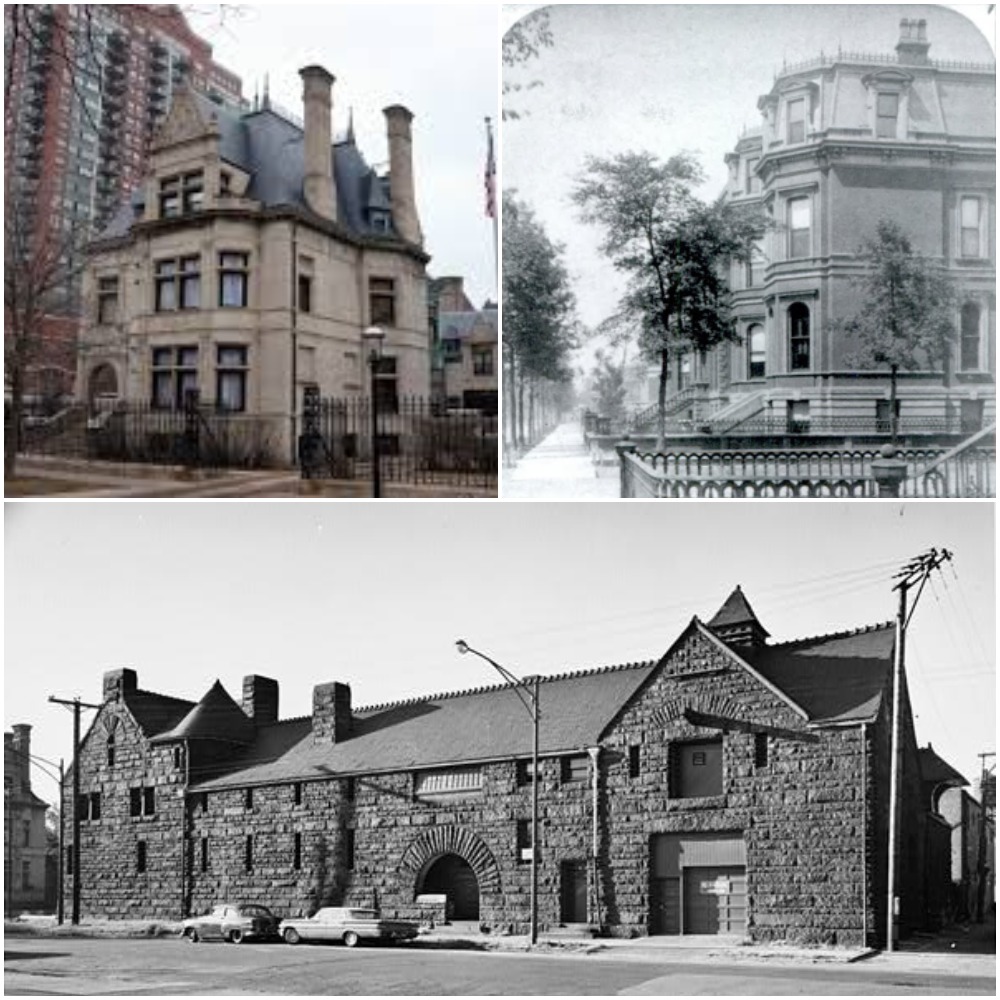 I love to walk up and down the historic avenue. I have read many historical novels such as Prairie Avenue by Arthur Meeker.  Its always a new field trip to walk with the ghosts on Millionaires Row and to read about them. Residents of the street have influenced the evolution of the city and have played prominent national and international roles moving there after the Great Chicago Fire of 1871. By 1886, the finest mansions in the city, each equipped with its own carriage house, stood on Prairie Avenue. In the 1880s, mansions for George Pullman, Marshall Field, John J. Glessner, Philip Armour and Kimball. Mansions were located between 16th and 22nd streets.

A few of the mansions do remain such as the Glessner House which is a active museum and the Henry B. Clarke house, also a museum. The Marshall Field, Jr. Mansion at 1919 South Prairie Avenue, now condos, is marvel of preservation and sensitive reuse. And many say that Prairie Avenue is haunted.

Glessner House was designed by noted American architect Henry Hobson Richardson and completed in 1887. So different from the Victorian houses that were being built at the time and eventually those, for the most part, were torn down. The House is a National Historic Landmark and offers wonderful tours with many of the rooms accurately restored to their original appearance and decorative objects and furnishings have been added by the Glessner family. John Glessner lived there until 1936 and thousands tour the house every year.

Henry Hobson Richardson never got to see his creation built since he died after he completed the blue prints. Many have seen him walk the halls. Even during the time the Glessner family lived there, Haunted houses.com  claim that many family member felt a cold presence moving through the mansion,even today.

The Kimball House: The house was built in 1890–92 for William Wallace Kimball, a piano manufacturer. I still have a Kimball upright that was built in 1949.  Kimball reportedly spent $1,000,000 on the home. The house is located at 1801 Prairies and though some feel that the outside design is cold, the inside is beautiful with maple floors and 29 rooms which have been sub- divided though many have stayed the same such as the library, huge drawing room, and dining room that housed Mrs. Kimballs massive silver collection. She also collected many paintings by such artists as Rembrandt, Millet, and Monet including many others. But when Mrs Kimball died in 1921, the house was converted to a boarding house which eventually failed and was bought by Daisy Hull for 8,000 in backward children. But finally, the house, along with the Coleman house at 1811 were acquired by R. R. Donnelley in 1973 who donated them to the Chicago Architecture Foundation in 1991.  They leased and then sold the properties to the U. S. Soccer Federation for use as their national headquarters, which is how the building is used today. Mrs Kimball still walks the halls. Noises have been heard along with apparitions seen as well as the feeling of being watched.

The Marshall Field Jr House: According to Curbed Chicago, Designed by architect Solon Spencer Beman, the home sold to the son of one of Chicago’s most famous 19th century entrepreneurs for $65,000 in 1890. After a stint as a psychiatric hospital, the structure was sold to the Chicago Architectural Foundation in the 1970s before being partitioned into condominiums in 2007. There are six million dollar condos with a private courtyard in the back. In the past, there have been claims to hear footsteps and strange cries.

Find out more about the Shadows on the Street: Haunted Tours of Historic Prairie Avenue Glessner House 1800 South Prairie Avenue Chicago, IL, 60616 United States.  During this 60 minute walking tour through the Prairie Avenue Historic District, learn about the mystery surrounding the death of Marshall Field Jr., the tragic events that plagued the Philander Hanford house, the lingering ghost of Edson Keith, and more.