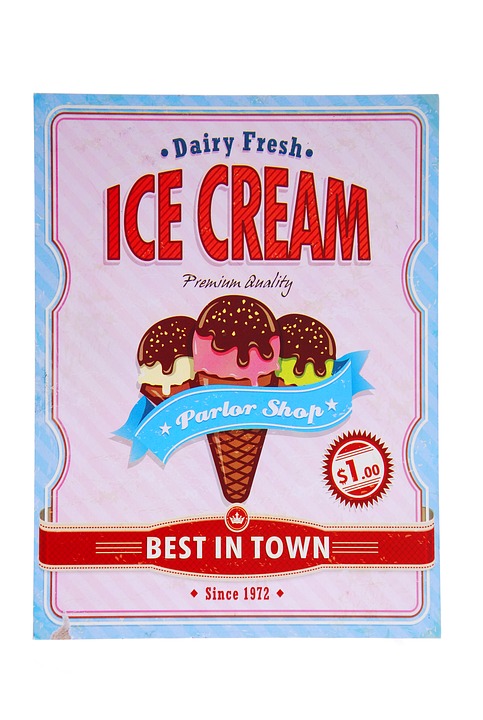 As summer begins to blossom in Chicago and its surrounding suburbs, so do trips with family to the ice cream parlors and there is nothing like a step back in time with some of the old-time ice cream shops that are unchanged from decades earlier.  Offering superb ice cream homemade creations. During the 1893 World’s Fair in Chicago, ice cream saloons began to spring up known as ladies cafes  with lavish gaslight, mirrors and gilded chairs. Today, the best parlors also boost homemade cones, unique sauces and sundae toppings that offer fresh fruit and nuts to the already sumptuous ice cream special.

Only a short distance from Petersens, The Brown Cow Ice Cream Parlor in Forest Park was recently featured on the Cooking Channel and Sinful Sweets. The parlor’s ice cream is homemade and they also serve freshly baked pies and cakes. Drinks feature homemade brown cow root beer  and several ice cream flavors that include bubble gum . Brown Cow will also host your next event and decorate as well.

Old fashioned ice cream in LaGrange, IL  offers walls filled with history and great opportunity for little ones to host a tea party with their favorite dessert. Family owned Tates has been making their own ice cream for over 24 years and offers a wonderful banana split, chocolate malted milk and raspberry truffle. Tates offers special days that include loving Friday Treats and the occasional special guest like Snow White.

For over 75 years the Plush Horse in Palos Park offers a nostalgic atmosphere with an overwhelming selection of homemade ice cream flavors such as egg nog  for the holidays.  Plush Horse offers a variety of ice cream with out sugar added as well as sorbet that includes a Sangria flavor and a  popular caramel sea salt gelato. Parties are available in a private room of vintage charm .

On Broadway in Chicago, another quality ice cream parlor with cozy decor that represents the 1950’s ice cream adventure. Featuring special sundaes such a their s’more combination and  a vanilla milkshake with double espresso. Besides ice cream originals, Bobtail offers an amazing German chocolate cake and carrot cake They also sell at wholesale prices to cafes and ice cream shops looking to scoop super-premium homemade ice cream for cones, cups, sundaes and shakes

On the southwest side of Chicago, the original 90 year old Rainbow cone shop was  a legendary Chicago favorite. It still offers the cone that is packed with five ice cream flavors including chocolate, strawberry, Palmer House which is a New York Vanilla with cherries and walnuts, pistachio and finally orange sherbet to finish the top of the cone. Just recently, the ice cream shop will have a small kiosk on Navy Pier’s South Dock.

Inside the Museum of Science and Industry, Finnigan’s ice cream offers tiffany lighting and  antique servicing pieces still used to represent the turn of the century. Finnigan’s is based on a real Hyde Park ice cream parlor that opened in 1917. Ice cream including their banana split is excellent with massive scoops for servings. Finnigan’s is located on the second floor of the museum behind the coal mine

Homemade gourmet ice cream was produced in 1935 and some say that gangster Al Capone was a frequent visitor for  a thick, creamy ice cream treat at Homers located in Wilmette, Il.  Still using the original recipe from Guy Poulos in 1935, Homers offers some unique flavors such as burgandy cherry, green tea and kona Hawaiian coffee ice cream. They also offer a wide variety of fruit sherberts and frozen yogurts.

2 thoughts on “Where do you go for ice cream in Chicago?”