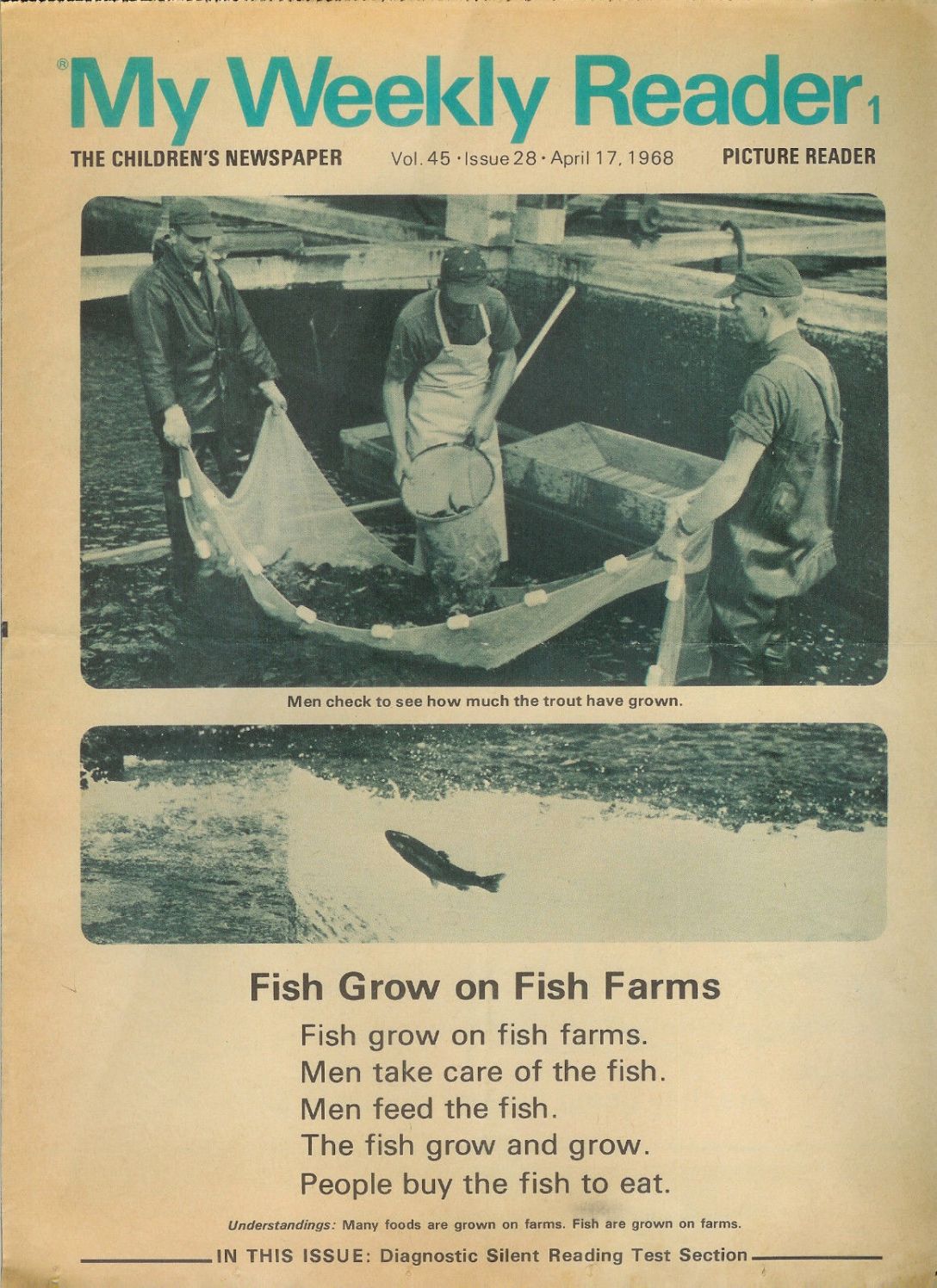 Decades of children, all ages, couldn’t wait until Fridays when the weekly newspaper was passed out in school.  Ninety years ago, the first edition of the Weekly Reader was distributed on September 21, 1928 and was an immediate success. The first edition catered to older children and a second edition to younger ones; introduced in 1929. By 1931, there were four editions complementing a variety of grades with a circulation of over a million. After a series of several owners in the last fifteen years, Scholastic no longer publishes the reader as we knew it since 2012.

A few years ago, I shared my surprise and sadness over the news of discontinuing the Weekly Reader with my cousin a few years ago who was almost as old the Readers life. We shared our fascinating stories of invention and themes of the week which included anything from safety to volunteering for others even though my experiences were younger than his.

He asked if we had to pay for the Weekly Reader and in 1934 it was approximately 20 cents a semester. In the early 1960’s, my mother always wrote a check every year for the Weekly Reader for me to read about mice going to the moon, a memorial to John F Kennedy and finally men taking that  one historical step for mankind on the moon with the Apollo landing in 1969.  Great progress and history was made as I traveled through the years with my Weekly Reader.

After researching the Weekly Reader, I found one for sale from 1935; a perfect gift for his 84th birthday that he would be celebrating along with the reader.  In January of 1935, it was time to celebrate the birthday of Ben Franklin and his ideas on thrift while articles today in 2012 focus on the similar including protecting the environment and recycling.

However, the main story of 1935 was Old and New Ways to Travel which compared the old steam engine to a new train engine that pulls cars that are streamlined and cuts through the wind. America by rail today is still available with luxury suites and trains that can exceed 300 miles per hour.  Another form of travel mentioned was the celebration of the Wright plane built in 1903 being able to stay in the air 59 seconds. And, of course, new planes had taken part in the event and some of them went three miles in a minute. What a change there has been in airplanes in 31 years.”      “What a change there has been in airplanes in 109 years,” those same individuals would say about the new Boeing 787 Dreamliner, the new airplane of the 21st Century. Who would have thought you could view a presentation on your computer introducing this dream in the sky.

Wig Wags, the dog, shares experiences in a designated column and children still respond enthusiastically to the little canine friends who can really talk. While another column talks about safety and the game stop and go. A boy plays a policeman with a stop-go- sign and whistle which he blows while turning the sign to stop. A girl is riding her bicycle and must stop when the police boy blows his whistle. She gets a ticket if she does not follow the rules and after three, must forfeit something she likes.

Ultimately, the lessons of the Weekly Reader have never lost their relevance, a treasured memory added to the scrapbook once again. However, Scholastic does publish a weekly nonfiction print and digital magazine for elementary classrooms. They use the most-taught science, social studies, and safety topics to create a multimedia curriculum

For us, the Weekly Reader exemplified more than a just a recap of current events but a cherished time for so many every Friday afternoon during rain, sleet, snow and sun when the Reader was placed in our hands to begin our weekend.

Courtesy of Ebay who offers many vintage copies of the Weekly reader.