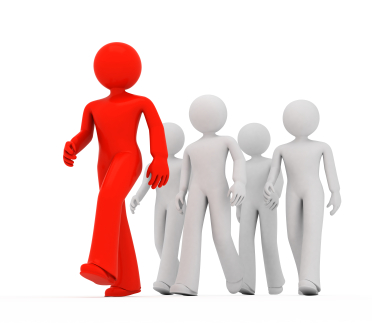 Leaders need return to a back- to- basics approach in building a collaborative culture in a new age of globalization and change. High technological understanding in an organization is extremely important but many leaders have been caught up in an artificial world and lost sight of developing a people culture that was needed to thrive.

A strong culture can only be built on effective, enduring and trusting relationships within the company. That begins with a leader who has the ability to listen, is honest, is committed, encourages others, rewards others and can convince workplace associates that this organization will be a better place for the employees, stakeholders and clientele.

Once these attitudes are established and progress begins to move in an upward direction, trust, which takes a long time to cultivate, begins to develop that sustains the consistency of positive movement.

Leaders who find themselves frustrated by their inability to get people to cooperate with them on the tasks vital to success can be traced back to a lack of trust. A leader doesn’t have to break promises on the level that executives at Enron and AIG did to breed mistrust. One obvious example is when a CEO promises Wall Street a certain result and fails to deliver. Another example is of an advertising campaign that displays a corporate image of employees being the most important asset but the company is laying off great numbers of people at the same time; leaders never promise what they cannot keep.

Effective leaders respond quickly to challenges and are trusted to do the right thing; they are the chauffeurs of trust and a culture is established that peers, in their industry, are envious.

The nature of vision to lead and gain a committed culture is to graft exactly the direction that needed to be followed. Though a leader’s vision is clear, it is essential that a vision must include specific steps. Visions have to be grafted with a timeline and results projected even though there is always room for adjustment. Visions are not expressed in just a managerial setting but have to be delivered by the leader to all levels of employees. Once the vision is promoted, then as a leader, constant follow up is required to see if associates are committed to the progress.

Ambivalence is always present in any organization and setting the example is imperative to developing a more committed culture. If you expect your employees to be on time, than you better follow the same rule. Trust and confidence has to take center stage before ambivalence can be eradicated.

Never feel that your vision is absolute; be open to confrontation rather than fear the inevitable. Your vision may be cloudy and that person may have a great idea. It is not your intention to take the person out of the game but get them on board. Once ambivalence has been addressed and it continues, then a reassignment is suggested. If the ambivalence is corrosive, invoke the iron fist before it spreads too quickly.

Middle managers must be your adversaries and gaining their trust is to make them part of the team project; having them part of the solution not the problem. Assure that they will get the recognition they deserve.

Becoming a leader for the sole purpose to attain status and money will eventually result in a losing proposition.

A leader is about selfless guidance and formulating a team that shines above and beyond the leaders own capabilities.

A leader is not about getting a bonus for their efforts but about acknowledging their team accomplishments and encouraging bonus incentives to be given to team members.

A leader does not talk about what he has done lately but what each member of his staff has contributed to the organization.

A leader is not about managing by fear because they feel out of control but to delegate control to their staff and trust them to do their very best.

A leader is not about favoritism but fairness concerning job performance at all times.

A leader is about carefully examined truths and trusting ones instinct.

Ultimately, a leader is about making the company profitable by rewarding the contributing worlds of his or her staff.

1 thought on “Who is a chauffeur of trust?”